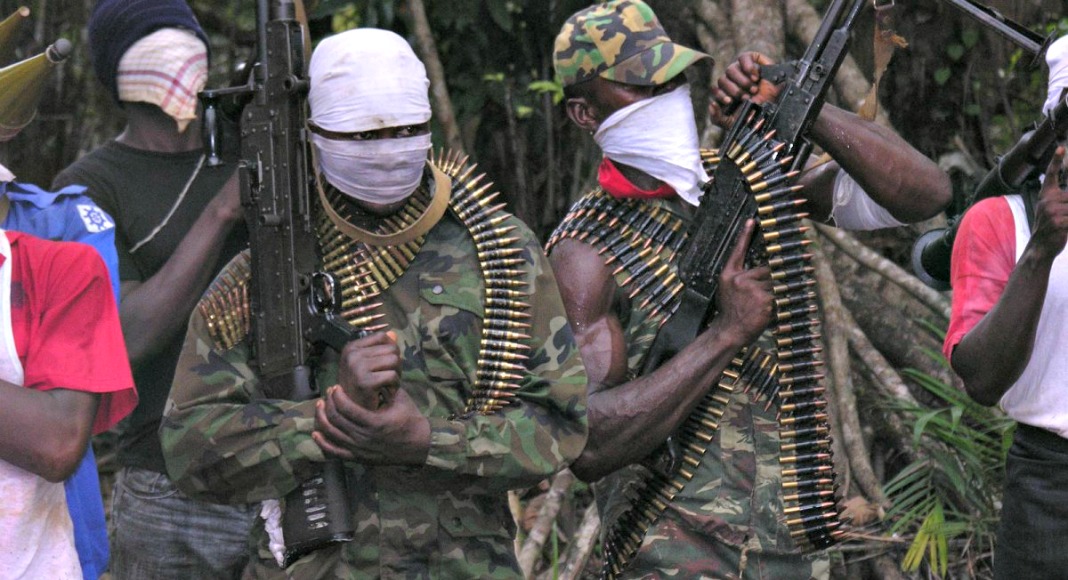 Abductors of the 27 students and 15 workers of Government Science College, Kagara, Niger State, have threatened to starve them to death if the ransom they are demanding is not paid on time.

One of the abductors stated this in an audio recording made available to one of our correspondents on Wednesday by a prominent Islamic cleric, Sheik Ahmad Gumi.

In the audio recording, the abductor, who spoke in Hausa, was heard conversing with a negotiator, identified by Gumi as a top official of the school.

He rejected N2.7m offered him as ransom for the 27 abductees.

The bandit stated, “I don’t have food for them. If anybody dies among them, we will tell you where to go and pick the corpse.

“You know these children are hungry. I don’t have food to give them, only water if they are going to die, let them die.”

The negotiator said it would be difficult for him to get the phone numbers of all the parents as requested by the bandits.

The bandit responded that he was aware that many security agents and vehicles had been deployed in Kagara, vowing they would not succeed in rescuing the abductees.

He asked, “You think I don’t know what you people are doing? I can tell you how many security vehicles are in Kagara as we speak.

“It is with the help of the people of the city that intruders can overrun the city. Don’t you know that? The person who gave us this business is there among you. He is there with you. Wherever you go, he is watching you. If you want to do this deal, go ahead. From God we come and to him we will return

“Even if you put together the entire security forces of Nigeria in Kagara, I have eyes all over Kagara. Whichever step you take in Nigeria, I swear, I will know. You people are saying they should not pay us, that if they pay us, we will use to money to buy weapons. With whose money did we buy our weapons? If we don’t have weapons, you will just send security agents to kill us and take the children.”

But the abductor rejected the offer threatening to unleash terror on Kagara.

He also berated governors, who said they should not be paid ransom.

He added, “Governors are saying we should not be given money because we are going to use it to buy guns; guns that Allah provides and you are boasting about.

“In all of your (Niger State) madness, you are not up to Zamfara. It was compelled to accept our terms and talk less of small fries like you. You see, if you want to seek peace, seek peace and if you don’t stop the activities of vigilantes in Niger you will not know peace forever.”

“Your deploying security officials in Kagara is a waste of time. Is there a fence in this forest? You know we are not in the cities, we are in the forest.”

Appealing to the bandit further, the negotiator stated, “I pray that you assist me the way Allah has helped you. In fact, one of the parents has been on admission in hospital since the abduction.”

Gumi, in an interview with one of our correspondents, said efforts were being intensified to identify the group holding the victims.

He said he had an audio recording of a conversation between the abductors and a top official of the school.

Gumi stated, “There is a crisis really. The abductor is saying he cannot feed the victims and he’s demanding money. He’s saying the money (they are offering) is too small for him.”

Asked on what happened to the negotiation between the bandits and the government, the cleric said, “There was never any negotiation. The bandits we met said they knew the group that took the bus (which carried the victims), but they did not know the ones who took the children. They said they would investigate and call us.”

Efforts to get the state government’s reaction to the audio recording on the negotiation did not succeed as the Commissioner for Information, Sani Idris, did not pick calls to his telephone nor responded to an SMS sent to him.

Meanwhile, the Bauchi State Governor, Bala Mohammed, has appealed to Fulani herders not to carry Ak-47 riffles but remain peaceful.

The governor who made the plea at the inauguration of the 2020/2021 annual livestock vaccination campaign held at the Galambi Cattle Ranch, Bauchi, on Wednesday, described the Fulani people as humble, simple and humane despite that they have been lampooned and subjected to caricature.

He said: “What I will do, I will not say it here, but I will do everything possible to make sure I protect you and lend support to you because I know you mean well.

“Through time and history, you have been seen to be cajoled, lampooned and subjected to caricature but you remained humane, you remained simple, you don’t show so much aggression and of course, that humility is always what we recognise and this is what a character that should always try to show.

“Please, don’t carry the AK-47 that I made a figurative allusion to. Try to make sure that you remain peaceful.”

The governor who said that he had no apology for kicking against the profiling of Fulani herders as criminals pointed out that what he said was the truth that there was no tribe that is free from criminality.

He said that his administration was aware of the activities of Miyetti Allah and other Fulani organisations in promoting peaceful coexistence in the state, promoting the well-being of the pastoralists, wealth creation and conflict mediation especially in the state and the nation in general.

He said, “That brings me to the issue of the Fulani which we kicked against and we have no apology for what we have done, but what we have done, is to say the truth. There is no tribe that is free from criminality and we are not saying that to spite anybody or to spark any unnecessary controversy.

“We have made the point, Nigerians across the board have discussed it and I am happy to say that from all indications, the majority of sensible Nigerians have appreciated what we have said and that is the point.

“I will therefore, need not mention anything about this matter for fear that there will be controversy or it will be escalated and I will listen to the voices of reason and keep quiet about it.”

He, however, called on the Fulani to shun criminality and expose the bad eggs in their midst admonishing them that since he tried to protect them that they must do away with criminal tendencies.

“Inasmuch as we try to protect them and show Nigerians that they cannot be profiled badly, they should also make efforts to show that a majority of them are good citizens and they are contributing positively to the growth and development of Nigeria because our protein needs in the country will not have been met without the sacrifices that they are making,” he stated.

According to him, despite the many sacrifices that the Fulani are making in their own nomadic and pastoral lives, the government hardly provides them schools, health facilities, roads stressing that even their right of way has been taken.

“That is why we’ve set up a committee in Bauchi State and very soon, we’re going to implement the recommendations of that committee in a manner that we will free resources that belong to the pastoralists. They must have their own right of way so that we will reduce the conflicts between the Fulani and the farmers because they are the ones that provide our sustenance on a daily basis.

“I must call on our traditional institutions, our local authorities, forest officers, to make sure that they heed the warning that we have given earlier so that they can stop the encroachment that is causing a lot of conflicts,” he warned.