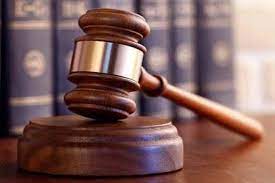 A Jos Central Area Court sitting in Kasuwan Nama in Plateau State, on Thursday has ordered the dissolution of a three -year old marriage between one Adaka Yunana and his wife, Helen, after all efforts to reconcile both parties had failed.

According to the husband Yunana, his wife Helen eloped with her lover in 2019 the same year they got married.

A panel of judges, Ghazali Adam and Hyacinth Dolnanan, in granting the request made by Yunana, ordered Yunana and Helen to go their separate ways.

Earlier, Yunana had appealed to  the court to dissolve his union with Helen, as his wife who eloped with her never gave any reason for doing so.