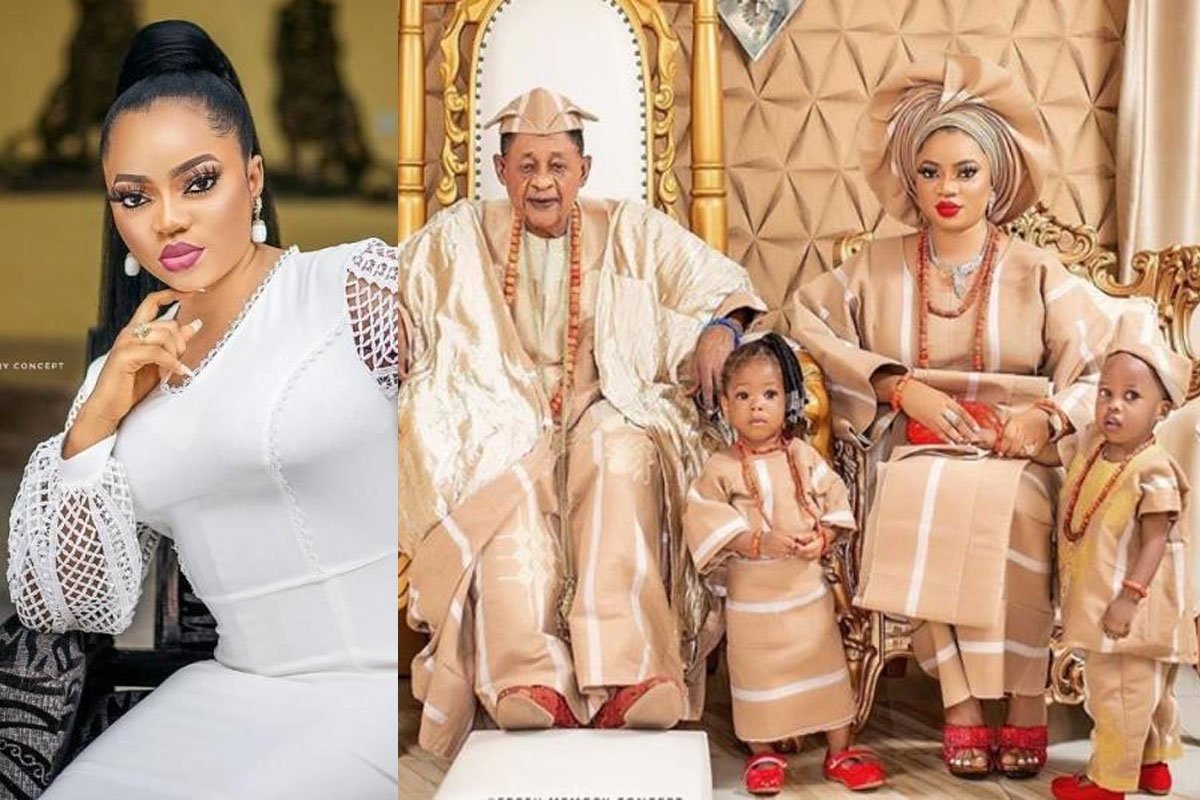 One of the wives of the Alaafin of Oyo, Anuoluwapo Adeyemi, has parted ways with him, alleging a threat to life.

Anu, who has a set of twins for the Alaafin, Lamidi Adeyemi III, also alleged that there was an attempt to kidnap her and called on Nigerians to note that were anything to happen to her, the monarch should be held responsible.

The queen, who is one of the youngest wives of the monarch, said this in an Instagram post on Wednesday night.

She wrote, “It is with great sadness that I am putting out this statement. I deem it necessary to do so as I feel my life is being threatened as a result of me walking out of my marriage. The purpose of this statement is to let all and sundry know that should anything happen to me and my children, it is as a result of my exit from the palace. And the monarch should be held responsible.

“It’s not my wish to walk out. I can’t continue to live under bondage. I wish to live, be the best I can for my children.

“I chose not to grant any interview to any media outlet as this is my personal and private life in which for the sake of my children, I chose to leave quietly in order to live for them. However, if I feel my life is being threatened.”

Anu, who was hitherto believed to be the favourite wife of the Oyo monarch, said anyone who sought to judge her for action, should put themselves in her position before doing so

She said she was devastated to find out her family members were being harassed over her whereabouts.

Anu stated, “This is an outcry to protect my life. That I left the palace should not warrant a threat to my life. I can never deny my children the right to their father, however, it is only motherly for me to have them with me,” she added.

“I was appalled to find out that my family is being harassed because my location is unknown to the king. The attempt to also have me kidnapped failed, and I can no longer keep my silence.

“I refuse to live in bondage and will do anything within my human right to be free. I just want to live and be the mother of my children.”

When contacted on the telephone on Thursday, a spokesman for the palace, Bode Durojaiye, said he would get in touch with his principal before making any statement.

“I will find out and get back to you,” he said.

US election updates: Joe Biden names Ron Klain to chief of staff and assistant to the president role