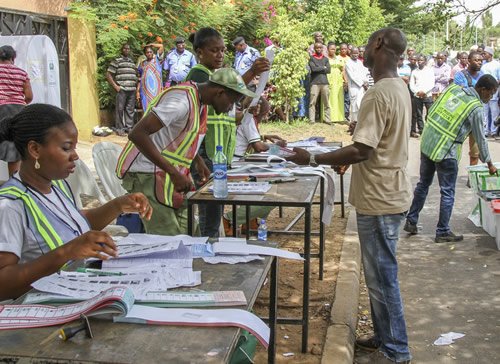 A group,Youth Advocate For Peace, Justice And Empowerment Network (YAPJEN) has protested against election rigging, violence, political thuggery and other forms of irregularities during the November 6 governorship election.

The protesters numbering about 100 stormed major roads and streets of Awka after they gathered at Aroma junction as take-off point and insisted for free, fair and credible election to be conducted in Anambra.

They also called on the Independent National Electoral Commission (INEC) and security agencies to remain non-partisan and impartial in the exercise.

With various placards such as “we want free and fair election in Anambra, Anambra youths say no to violence, No to rigging, INEC must be non-partisan, Election no be war, Security agents must be neutral, Anambra youths stand for peace, they  urged youths in the state to resist all forms of inducement to cause electoral violence as well as desist from violence and thuggery.

The National President of the group, Amb. Timothy Nwachukwu said the protest followed threats by one of the political parties to rig the forthcoming poll in favour of its candidate.

He said, “Our message is very clear. We’re saying no to election rigging, violence, political thuggery, and other forms of irregularities in the process.

The Chairman of the Northern Governors Forum