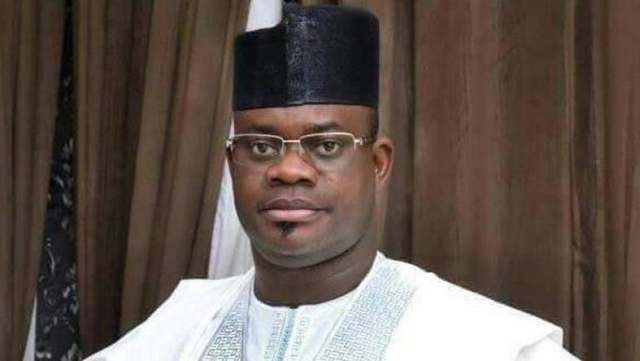 Governor Yahaya Bello of Kogi State has felicitated with President Muhammadu Buhari on the occasion of his 79th birthday.

Bello’s message was contained in a statement made available to news menr on Friday.

“Happy birthday to the President of the most powerful black nation on earth.

“You have served our nation with vigour and unquestionable commitment. You have remained an icon of good governance and transparency,” he said.

While wishing the President more strength, as he continued to make the country proud, the governor prayed for long life for him to continue to engrave Nigeria with his ”mercurial personality.”

Buhari, who turned 79 years old today, celebrated his birthday in Istanbul, Turkey, where he is to participate in the 3rd Turkey-Africa Partnership Summit, hosted by President Recep Tayyip Erdogan.

A statement by Buhari’s spokesman, Garba Shehu, said the President cut his 79th birthday cake moulded in national colours, green-white-green to start the day, before going on to chair a planning meeting with officials in his delegation and thereafter drove to the Dolmabahce Palace for a meeting with his Turkish counterpart, Erdogan.

Shehu said in response to the tribute on the occasion on behalf of the ministers and the rest of the delegation rendered by the Minister of Foreign Affairs, Geoffrey Onyeama, the President said he will put in his best for Nigeria until the last day of his administration in 2023.

Buhari had also pledged to hand over to a successor and return to his farm to tender crops and livestock, at the end of his tenure.