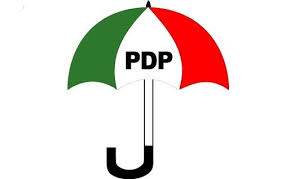 There is tension in the Ekiti State chapter of the Peoples Democratic Party (PDP) following the endorsement of the state Chairman, Chief Bisi Kolawole, as the governorship candidate by former Governor, Mr. Ayo Fayose ahead of the 2022 governorship poll.

It was gathered on Sunday that Fayose communicated Kolawole’s endorsement to members of his political platform, Osoko People’s Assembly (OPA) at a meeting held at his Afao Ekiti country home and the development is causing ripples in the party.

The issue became a major topic of discourse on many social media platforms Saturday night with many concerned PDP warning against another imposition saying similar action cost the party victory at the 2018 governorship election.

Kolawole was in the Third House of Assembly where he represented Efon Constituency between 2007 and 2011. He also served under Fayose as Commissioner for Environment between 2015 and 2018.

Pictures of Fayose’s visit to Kolawole’s residence in Efon where he further gave reasons why he anointed him as the next PDP flag bearer later surfaced on social media Saturday evening.

A source said that a former House of Assembly member criticised the choice of Kolawole expressing surprise at the sudden turnaround at the Afao meeting after Fayose had earlier directed them to work for Ogunsakin.

Fayose was said to have tongue-lashed the ex-lawmaker for daring to challenge his authority as a former governor and leader of OPA.

The choice of Kolawole has further polarised the party that is battling a raging factional crisis between the OPA group loyal to Fayose and the Repositioning Group loyal to the lawmaker representing Ekiti South in the Senate, Senator Biodun Olujimi.

Fayose’s public show of support for Kolawole’s candidacy has divided PDP members with some of them hailing the action while others criticised Fayose for attempting to impose a candidate ahead of the party’s primary.

While some threw their weight behind Kolawole, others maintained that it was premature for the ex-governor to jump the gun in a bid to foist his crony on the party warning of a repeat of the 2018 loss to the ruling All Progressives Congress (APC) which they partly blamed on the alleged imposition of Eleka.

But Fayose in a social media post justified the reason why he settled for Kolawole describing him as “eminently qualified” for the party’s gubernatorial ticket.

The ex-governor however clarified that there would be a primary for all aspirants who show interest in the PDP ticket ahead of the 2022 governorship election in Ekiti.

Fayose said: “I painstakingly elect to support Bisi Kolawole because he is eminently qualified, a rallying point and a bridge builder. But it is still an open race for all aspirants.

“In due course, the party will conduct primary for them all. However, for me today, it is Bisi Kolawole for Governor.

“To my Political ‘Sons’ (Aspirants) and followers of the Osoko Political Assembly, it could have been ‘you’ but the will of God be done. Your time too will surely come.

“As a leader, I reserve the right to a choice and decision to which I have humbly made.”

“I respect Prof Kolapo Olusola Eleka so much and I won’t say anything against him here.

Reacting to Kolawole’s choice in another WhatsApp post, Ogunsakin, said the action has ended his ambition to run for the governorship seat in the 2022 poll.

He said: “I just spoke with my darling egbon and the chairman of our great party PDP, Hon Bisi Kolawale to congratulate him as the news of his emergence reached me through sources I have the utmost respect for.

“I want to say without mincing words that Bisi K is a fine gentleman and decent family man that I have so much regard for. If I was chosen he would’ve stood solidly behind me and of course I’ll do the same for him.

“While thanking my friends, well-wishers and family members for your support thus far, this is where our journey as regards governorship race ends in fulfilment of the promise we made to our leader HE Ayo Fayose and the entire leadership of OPA that we will abide by the instruction of the group in the collective interest of all and sundry.

Meanwhile, the PDP in Efon Local Government, Kolawole’s council area of origin has hailed his choice by Fayose describing it as “the best decision.”

According to a statement by the Efon PDP LG Chairman, Hon. Oluyemi Ajanaku, Kolawole is the man needed for the transformation of Ekiti State.

“No doubt, the declaration of interest on Hon. Bisi Kolawole by Gov. Ayodele Fayose remains the best decision as the preferred choice (Hon. Bisi Kolawole) is quite experienced, disciplined, and indeed equipped with the needed transformation potential and know-how for the revival of our state; especially at this time; when things have fallen apart.

“Thanks to the God-fearing Oshokomole; the leader of our great party, for the kind consideration, confidence and trust which has been painstakingly bestowed on our son.

“On this, we promise a total display of support, loyalty and intensive modern campaign; particularly on the victory of our chosen candidate.”