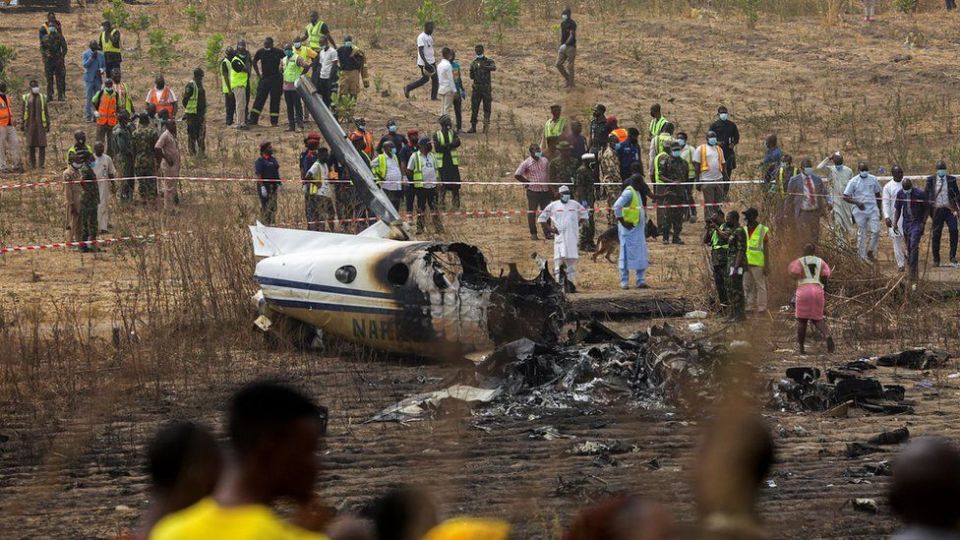 The House of Representatives Committee on Air Force has commiserated with the Nigerian Air Force and families of the victims of the ill-fated military aircraft that crashed in Abuja on Sunday.

Chairman of the committee, Shehu Koko, said, “We highly regret the loss of our gallant officers who apparently were on a mission to rescue the kidnapped students in Kagara community in Niger State.”

Bandits had abducted staff members and students of the Science College, Kagara, in Niger State. The gunmen had in the early hours of Wednesday attacked the college, leaving a student reportedly killed while several others, as well as teachers, were abducted.

Koko, in a statement issued on Sunday and titled ‘House Committee on Air Force commiserates with Nigerian Air force, the family of victims’, said he witnessed the incident along with the Chief of Air Staff, Air Vice Marshal Isiaka O. Amao.

Koko, who said an investigation would “begin in earnest to determine the remote cause,” expressed his condolence message on behalf of his committee to the NAF and the families.

He said, “This is to confirm that a Nigerian Air Force (NAF) Beechcraft KingAir B350i aircraft crashed while returning to the Abuja Airport after reporting engine failure en route Minna. First responders are at the scene. Sadly, all seven personnel on board died in the crash. The Chief of the Air Staff (CAS), Air Vice Marshal Oladayo Amao, has ordered an immediate investigation into the incident.

“While mourning with families of the deceased, we urge Nigerians to remain calm and await the outcome of the investigation.”

The lawmaker noted that the committee under the leadership of the Speaker of the House, Femi Gbajabiamila, is “deeply saddened by this development and will work with the Chief of Air Staff to unravel the remote cause.”