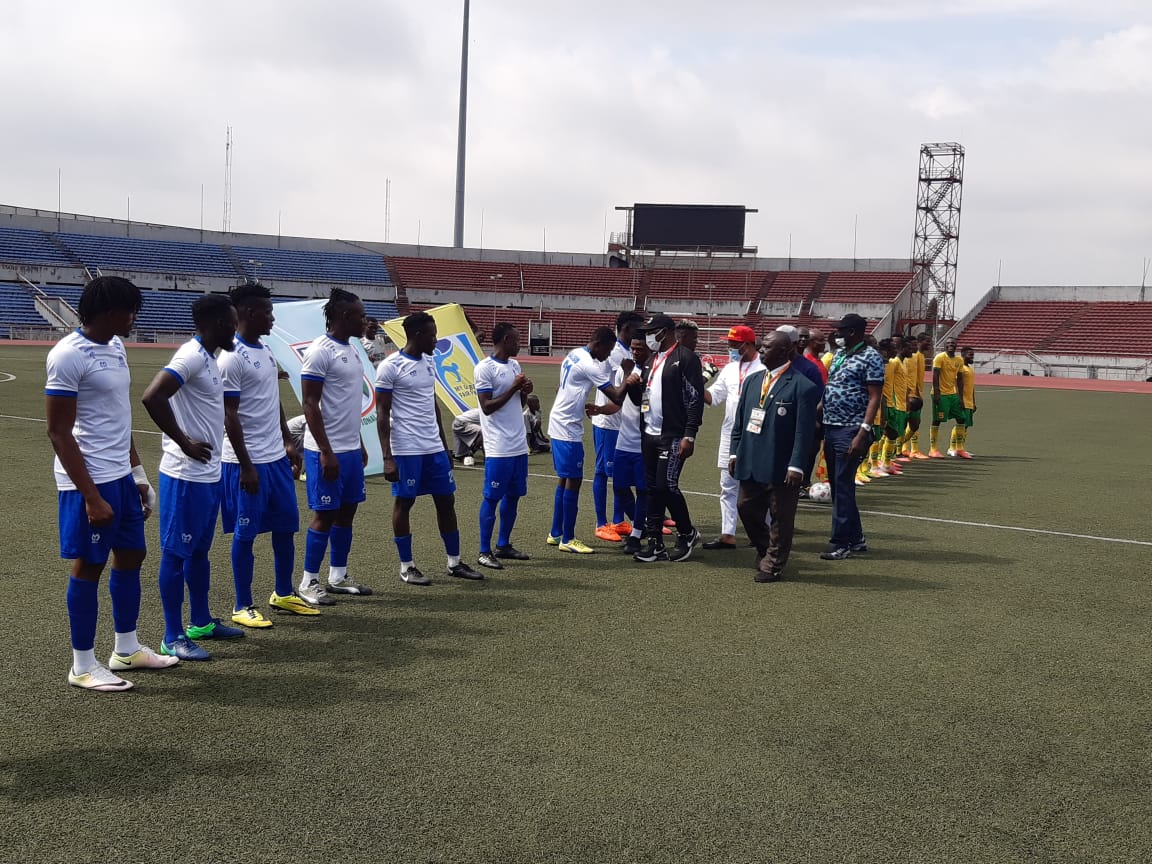 As the Nigeria National Football League (NNL) Super 8 Tournament raps up in Enugu, stakeholders have continued to commend Governor Ugwuanyi of Enugu State for his exemplary leadership.

The Senate Committee Chairman on Sports Senator Obinna Ogbah at a reception for the Minister of Sports Mr Sunday Dare Saturday, praised Enugu State Governor, Ifeanyi Ugwuanyi for accepting to host the Super 8.

The Senator who also doubles as the Chairman NNL noted that the action exhibited by Governor Ifeanyi Ugwuanyi truly showed his passion for sports and interest in youth empowerment and development through sports.

“I cannot thank Gburugburu enough, he has displayed what a great patriot he is by investing in the Nigeria project. He has sowed a huge seed in the NNL, one will not forget in a hurry. We are eternally grateful to him and the people of Enugu State for this symbolic gesture, that is the way to go”.

In his speech Sports Minister Sunday Dare said the peaceful environment which Governor Ugwuanyi’s administration made possible has brought many sports tournaments to Enugu.
He said his Ministry will always collaborate with Enugu State in using sports as a tool for national unity

Earlier in a welcome address, the Enugu State Commissioner for Youth and Sports, Hon. Manfred Nzekwe on behalf of Governor Ifeanyi Ugwuanyi assured the match officials and players of their safety before, during and after the tournament.

“I want to assure you on behalf of the Governor and the state that your stay in the Enugu State will remain an unforgettable experience.

He expressed the readiness of the State to host more sports tournaments as Governor Ugwuanyi was always favourably disposed to supporting activities that benefited the youths and promoted unity.

“We will make this tournament a successful one, worthy of emulation by other states in futureg”, the Youth and Sports Commissioner noted.

The first encounter of the tournament was between two teams in Group A (The Northern Conference), Gombe United of Gombe and El-Kanemi Warriors of Maiduguri.

The ceremonial kick off of the tournament was by Mrs. Chika Ofo Okenwa, the wife of the immediate past Chairman of the Enugu State Football Association Nigeria National League (NNL), late Chidi Ofo Okenwa.

The draw for the tournament which was held at Autella Hotel, Enugu on Monday, September 6, 2021 paired the eight teams into two groups, Group A (Northern Conference) made up of Gombe United FC of Gombe, Dr. Mohammed Dlakwa FC of Maiduguri, Niger Tornadoes FC of Minna and El-Kanemi Warriors of Maiduguri, while Group B (Southern Conference) is made up of Bendel Insurance of Benin City, Ekiti United FC of Ado-Ekiti, Remo Stars FC of Ogun and Shooting Stars FC of Ibadan.

This would be the second time Enugu State under H.E. Rt. Hon. Ifeanyi Ugwuanyi played host to NNL playoff league. The first was in 2019, when late Chidi Ofo Okenwa was the NNL Chairman.