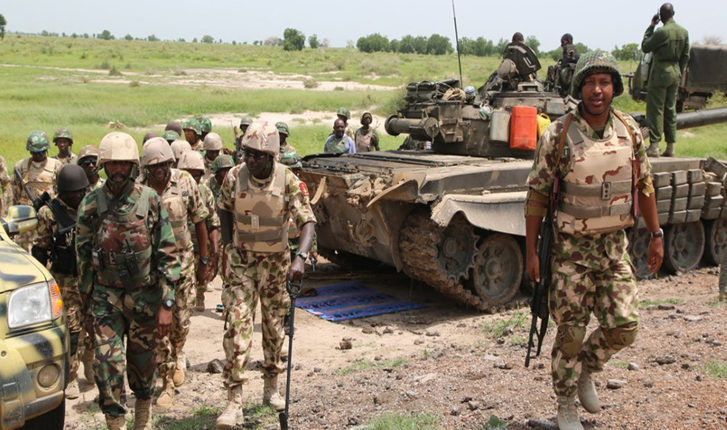 Scores of armed bandits fleeing the ongoing military operation in Zamfara and Katsina states on Friday afternoon met their Waterloo in the hands of soldiers at Maganda village near Allawa in Shiroro Local Government Area of Niger State.

The bandits who were escaping through the notorious Allawa forest in their hundreds ran into the military camp stationed at Alawa and engaged the soldiers in a serious gun battle for several hours.

At the end of the gun battle, one soldier was said to be missing while scores of the bandits were neutralized and several others escaped into the forest with bullet injuries.

Soldiers are still on the trail of those who escaped with bullets wounds as the entire forest is being combed in search of them. About six machine guns and a number of AK 47 riffles and bags of ammunition were recovered from the bandits.

According to a source close to Allawa community, who spoke to Sunday Sun on the condition of anonymity, said most of the bandits killed all look like foreigners as they have no resemblance to Nigerians.

“In fact from the dead bodies that we saw, they are not Nigerians. They are foreigners who have long hair like women. They don’t have a resemblance to Nigerians and they don’t know the terrain that was why they ran into the soldiers because they did not know that there was a military camp in the place,” our source said.

This is one of the major breakthroughs recorded by the military in the war against armed bandits in the state in recent times.

However, it could be recalled that the bandits had in April this year, invaded the Military Base in Alawa, and killed five soldiers and a mobile policeman.

The armed bandits who invaded the base about 3.00am razed the entire military camp when soldiers had just returned to their base from area patrol.

After the invasion of the military base, the bandits moved to the community where they killed seven people and abducted a number of villagers.

Meanwhile, the District Head of Wawa in Borgu Local Government Area, Dr. Mahmud Aliyu, who was abducted about one week ago by armed bandits, has regained freedom.

The District Head was set free by the bandits on Friday evening without payment of any ransom money, according to sources close to his palace.

The Police Public Relation Officer of the Niger State Command, ASP Wasiu Abiodun, confirmed the release of the monarch.