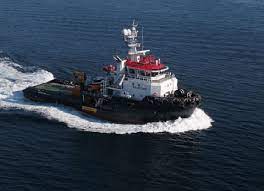 Nigeria’s Federal Government has removed import duty on importation of ships and its spare parts as an incentive to encourage indigenous shipping.

According to Jamoh, the Presidency had heeded the industry’s request for incentives to enhance the local shipping capacity. He added that the Ministry of Transportation would formally announce the approval in due time.

Jamoh added that fiscal policy was long overdue, and that the FG had made similar incentives for rail transport, manufacturers, airline operators among other sectors.

The Chairperson, NIMS Advisory Board, Mrs Mfon Usoro, said a holistic national maritime strategy was imperative for the growth of the sector.

She said, “How can we have Nigerians that own vessels but choose to use the shipping registries of other nations? This summit focuses the attention of policy makers, regulators and the industry operators on a critical segment that some consider the substratum for economic growth, the centre piece for commerce, security and indeed livelihood.”

A former DG of NIMASA, Mr Temisan Omatseye added that there was a need for more conscious effort at stripping the nation of sea blindness through a deliberate national orientation programme to ensure that all the citizenry truly understood the maritime sector and what it could offer the nation.

He said, “Asian nations are leading various aspects of shipping as the Philippines lead in seafaring, Singapore a hub for connectivity via ports, while Japan and China are among the top three ship owning nations.

“African nations should start by exploring their most advantageous areas in the maritime sector before addressing other areas of high value for their economies.”