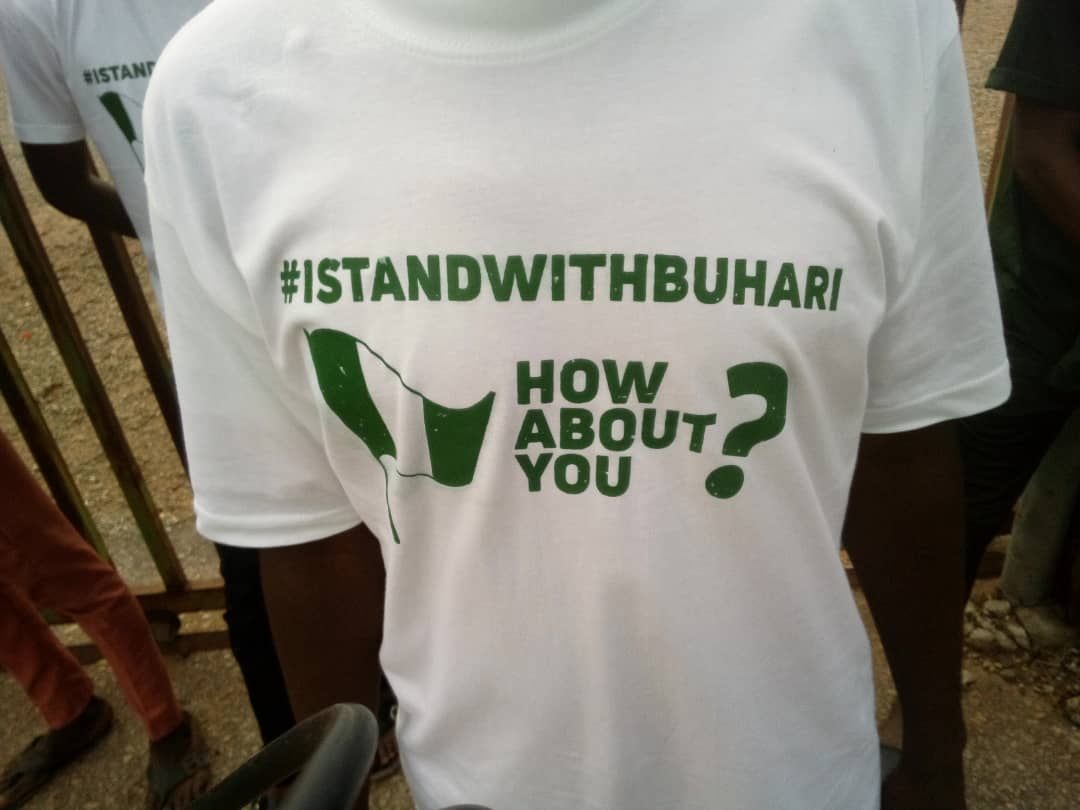 As Nigeria celebrates democracy day today after 22 years of uninterrupted democracy, major roads in Abuja, Lagos, Port Harcourt and Enugu witnessed reduction in human and vehicular movements earlier Friday.
Major markets and business areas witnessed a slow start as most Nigerians adopted a wait and see attitude at the beginning of the Day.

The #BuhariMustGo protest which was slated to hold worldwide today, in some major city around the world did not go as planned in Abuja in particular as security personnel cordoned of the advertised area at the Unity Fountain forcing anti Buhari protesters to move to the Gudu area of Abuja.

Ironically pro Buhari protesters under the aigis of the Youth Coalition Development YCD took over the Unity Fountain in Abuja under the watch of security officials.

The group which converged at Unity Fountain wearing T-shirts with the inscription “I stand with Buhari” demonstrated in solidarity with Buhari’s administration.
They were of the opinion that youths have benefited maximally from the Buhari Government when compared with past administrations.

They said the present administration has demonstrated true democracy, invested in infrastructural development and have genuinely fought insecurity when compared to previous administrations.

The president the Coalition Aminu Aminu told the media that youths have benefitted heavily from the current administration, ranging from Npower and other initiatives.

Aminu cautioned politicians and people who are using the youth to go against the present administration to desist from such act as it may lead to chaos.

However, a lone youth who protested against the Buhari’s administration at the venue with his placard written ” Buhari should behave” and “I will teach them the language they will understand” was beaten and rough-handled and but was rescued by the security agents.

In Lagos and Akure there were reports of confrontation between security agents and anti Buhari protesters.

Reports from Port Harcourt and Enugu say the cities are relatively calm with people going about their business though there are enhanced presence of security officials on major roads.
This a developing story. Details later