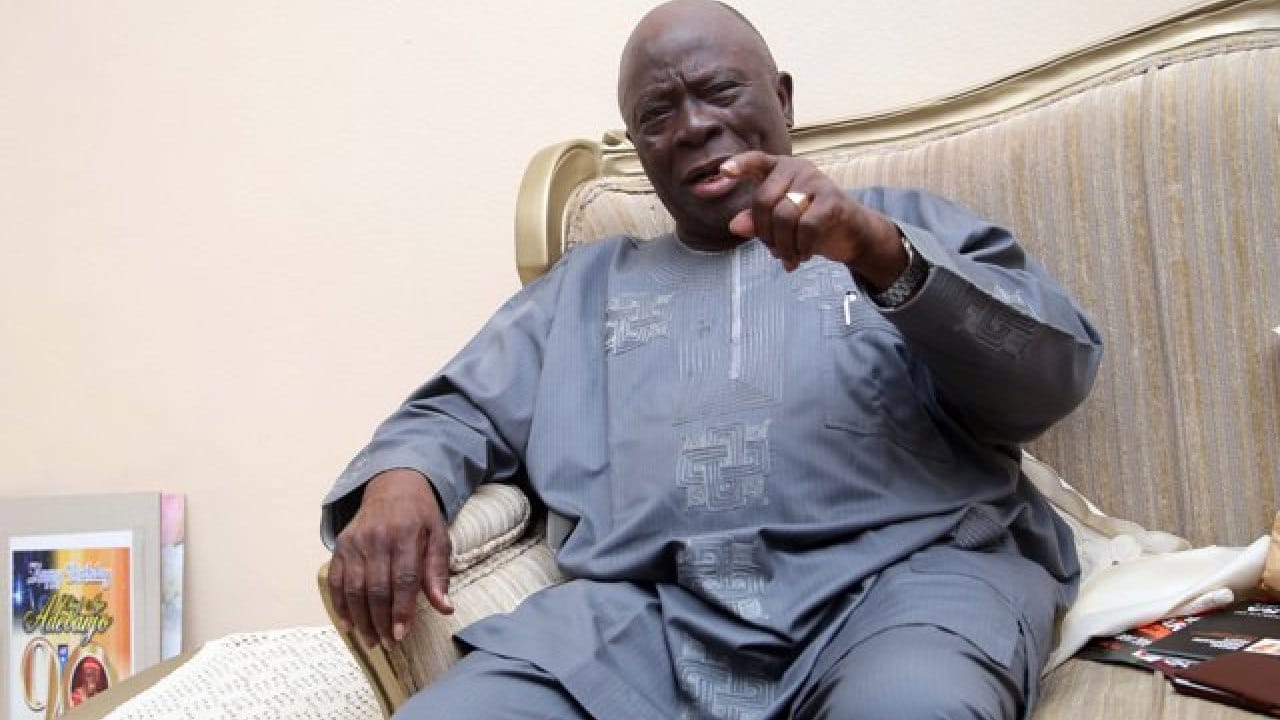 The 93-year-old chieftain made the claims while addressing journalists in Lagos State.

He pointed out that Nigeria that was birthed on 1st October 1960, started dying in 1966.

Adebanjo, however, noted that Buhari finally killed the country with his arrogance amongst other shortcomings.

According to Adebanjo: “Nigeria is dying. To be sure, the Nigerian state that was negotiated before independence in 1960, the one that was birthed and named on 1st October 1960, is long dead.

“It was mortally wounded in January 1966 and was then slaughtered in July of 1966.

“The Frankenstein that was cobbled together in place of the dead nation that was agreed has survived this long on the back of repression, lies, illusions, and outright delusions.

“But Buhari has finally killed it by his endless arrogance, the manifest incompetence, and the vile ethnoreligious agenda.”

Buhari had severally been accused of exhibiting traits of incompetency in governance.

He has also been accused of favoring the Northern part of the country more in his appointments.