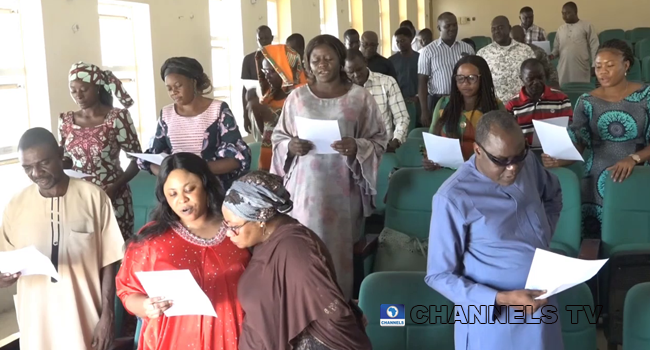 Christian and Muslim members of the Taraba State University chapter of the Academic Staff Union of Universities, have held different prayer sessions over the continued strike across universities in the country.

The ASUU members who held prayers over the strike which has been on since March, over poor remuneration among other issues, prayed for God’s intervention.

We have no other choice at this point than to turn to God for intervention because we have exhausted all other means to resolve the issues.

Apart from the nation-wide strike action over IPPIS and other issues, we have serious internal matters with the management and with funding of the university.

“Our members have gone for two months without salary and without any explanation for such action from the Taraba government and university management.”\

Mbave added that the union is praying for God to touch the hearts of individuals and groups responsible for the non-resolution of issues concerning ASUU.