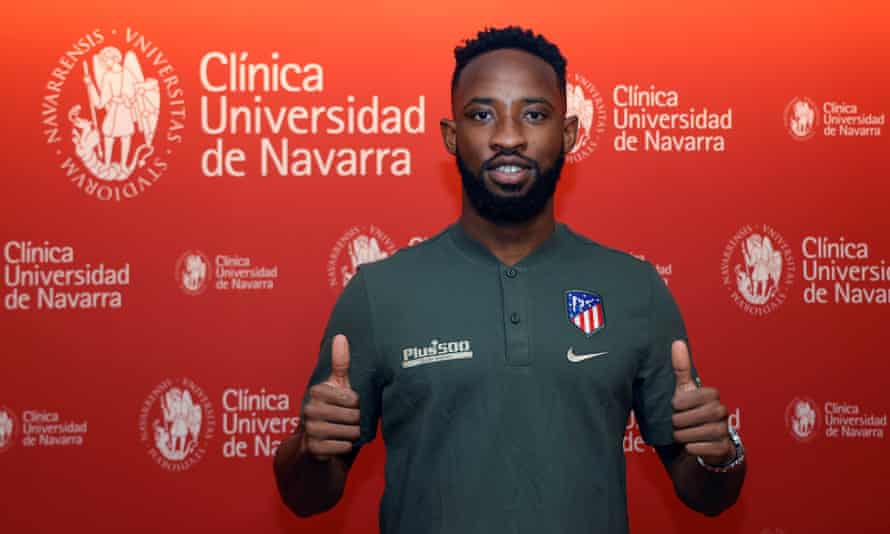 Dembele will join Atletico until the end of the season when the club will have the option to buy him permanently for around 35 million euros.

Atletico have paid an initial fee of 1.5 million euros after Dembele passed his medical on Wednesday morning in Madrid.

In a statement, the La Liga club described him as a “powerful striker” with “a knack for goal”.

The 24-year-old’s arrival follows Diego Costa’s contract being terminated at the end of December.

Dembele will compete with Luis Suarez, Joao Felix and Angel Correa for a place upfront as he looks to boost Atletico’s hopes of winning La Liga this season and earn a place in the France squad at the European Championships this summer.

Atletico sit four points clear at the top of the table with two games in hand over second-placed Real Madrid.

Dembele is expected to be available in early February after undergoing an operation on a broken arm, meaning he could feature in Atletico’s first leg against Chelsea in the Champions League last 16 on February 23.

After impressive spells at Fulham and Celtic, Dembele joined Lyon in 2018.

But despite a decent first season that saw him score 16 goals in Ligue 1, he had fallen out favour this term and managed just one goal in 12 appearances.

“With Dembele’s arrival, we add a young yet experienced footballer who’s strong both physically and as a finisher,” Atletico said in a statement.

“His height also makes him a threat in the air and his speed allows him to run past the opposition’s defenders.”

Chelsea vs Luton: Abramovich identifies former coach as Lampard’s re...

UNILAG workers give conditions for resumption

IGP under fire over Sunday...

Many injured as gas explos...

Fulani own all lands in Ni...