HomeNEWS‘Best save I’ve seen in years!’ – As Ramsdale Heroics Give Arsenal Win At Leicester

‘Best save I’ve seen in years!’ – As Ramsdale Heroics Give Arsenal Win At Leicester 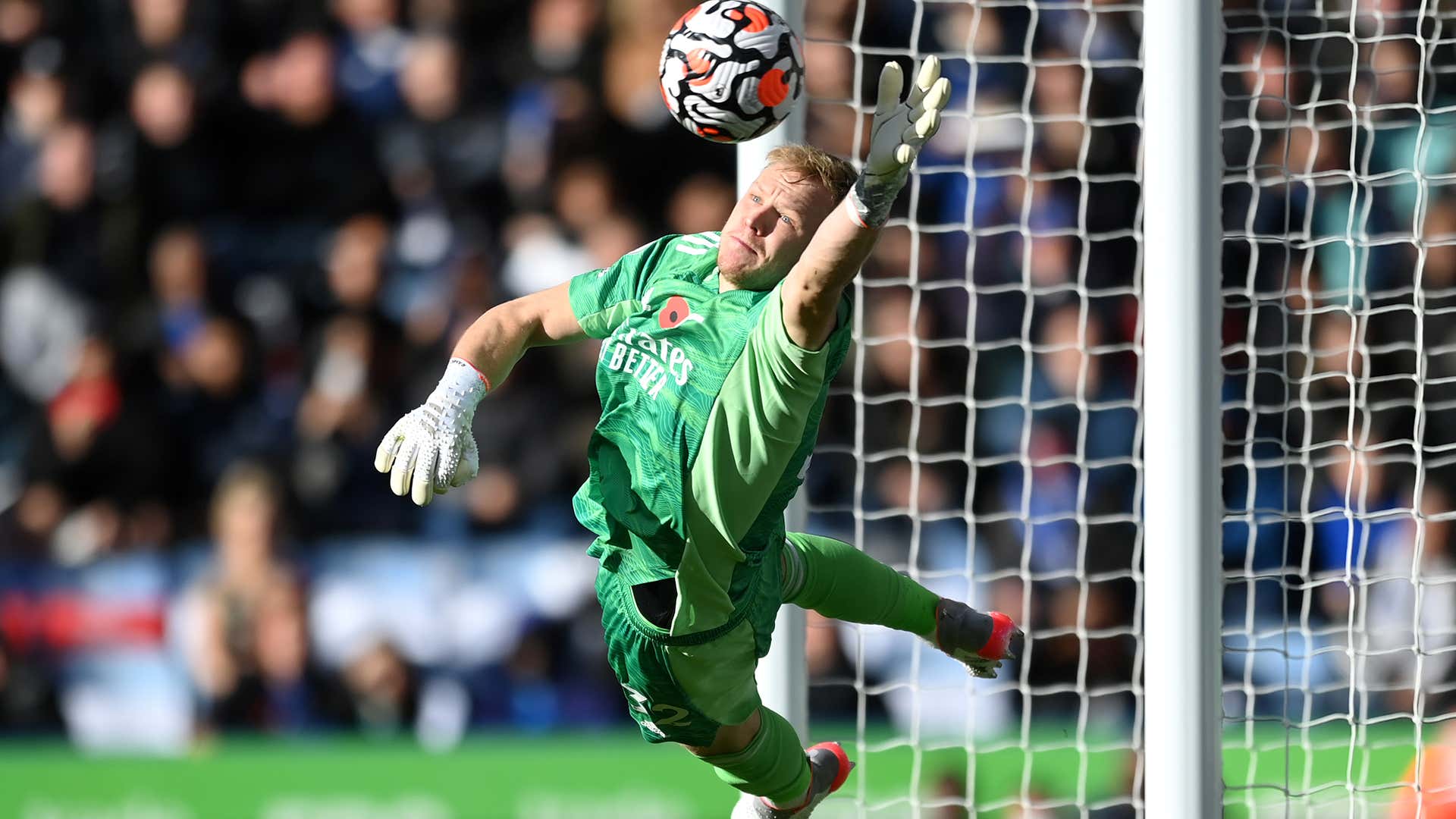 A goalkeeping masterclass from Aaron Ramsdale helped Arsenal to a 2-0 Premier League win at Leicester on Saturday.

Gabriel and Emile Smith Rowe gave the visitors a comfortable first-half lead but only Ramsdale’s heroics denied the Foxes a sniff of a comeback at the King Power Stadium.

Mikel Arteta’s team extended their unbeaten run in all competitions to nine games and moved fifth, level on 17 points with fourth-placed West Ham, and three ahead of Leicester, who drop to 10th.

Brendan Rodgers’ men had won their last four games in all competitions to recover from a slow start to the season.

But, with the ball almost fully past him, Aaron Ramsdale somehow stretched out a left hand and clawed it up onto the underside of the crossbar and back into his six-yard yard.

Arsenal’s goalkeeper was then alert enough to spring up and turn Jonny Evans’ follow-up onto the post before Thomas Partey scrambled the ball away.

It was a truly remarkable double-save from the Gunners’ £24 million ($33m) summer signing from Sheffield United.

“Best save I’ve seen for years,” Peter Schmeichel tweeted. The Manchester United legend wasn’t wrong! Ramsdale’s save wasn’t only miraculous either; it was also crucial.

Arsenal had enjoyed a fabulous first half at the King Power Stadium, with early goals from Gabriel and Emile Smith Rowe seeing them race into an early two-goal lead.

It was an advantage they thoroughly deserved and one they ultimately held on to to make it nine games unbeaten in all competitions – their best run since February 2020, when they went 10 games without defeat.

However, had Maddison’s free-kick found the back of the net just before the break, what proved to be an incredibly tough second half for Mikel Arteta’s side would have been even more difficult.

It was a huge moment and one that summed up Ramsdale’s start to life at Arsenal.