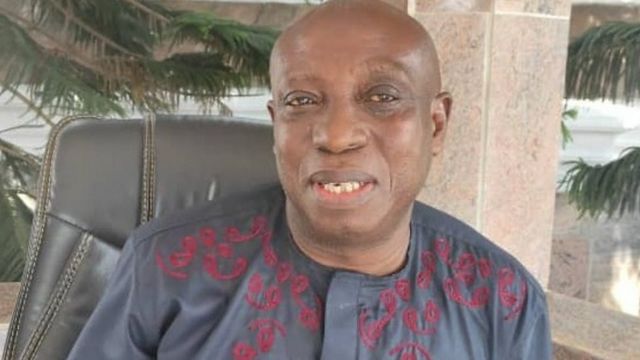 The founder of the Movement for the Actualisation of the Sovereign State of Biafra (MASSOB), Chief Ralph Uwazuruike, has advised members of Biafran Independent Movement (BIM) and MASSOB to observe the the 22nd anniversary of MASSOB scheduled to hold tomorrow with fasting and prayers.

Uwazuruike, who is also the leader of BIM, said that the directive was to avoid their members becoming victims to some overzealous security agencies who may want to shoot at them, advising members to celebrate at home without street processions.

He claimed that his group has made great strides in the struggle towards achieving an independent state of Biafra 22 years after, expressing satisfaction in the way and manner the struggle was developing in the international arena.

The BIM leader stated this through the Biafra Director of Information/Senior Special Assistant (SSA) to BIM-MASSOB on Media and Publicity, Elder Chris Mocha, in his message to Biafrans to mark the 22nd anniversary of MASSOB.

He, however, lamented the state of affairs in the Southeast geo-political zone of the country by not having one of their own as Service Chiefs,  stating that people of the zone have never witnessed the level of total exclusion in governance of Nigeria, the manner they are currently witnessing it under  President Muhammadu Buhari.

Uwazuruike decried the security challenges across the states, including alleged massive corruption in the NDDC and described such situation as the best opportunity that God has provided to set the captives free, saying, “exclusion of Southeast during security council meetings was one of the major reasons for the formation of MASSOB 22 years ago”.

Looking at the successes recorded by his groups, he said: “That after its formation on September 13, 1999,  MASSOB  sent Biafra Bill of Rights to the  Secretary-General of United Nations, Mr Koffi Annan ( now late) for Biafra to be admitted as an observer status in one of the organs of the world body.

“BIM-MASSOB had secured the admission of Biafra as 46th member-nation of Unrepresented Nations and People’s Organizations, UNPO; enrolled Biafra Football Federation, BFF, to participate in all the Africa tournaments through Confederation of Independent Football Associations, CONIFA, and have held several conferences at the United Nations, to mention but a few.”