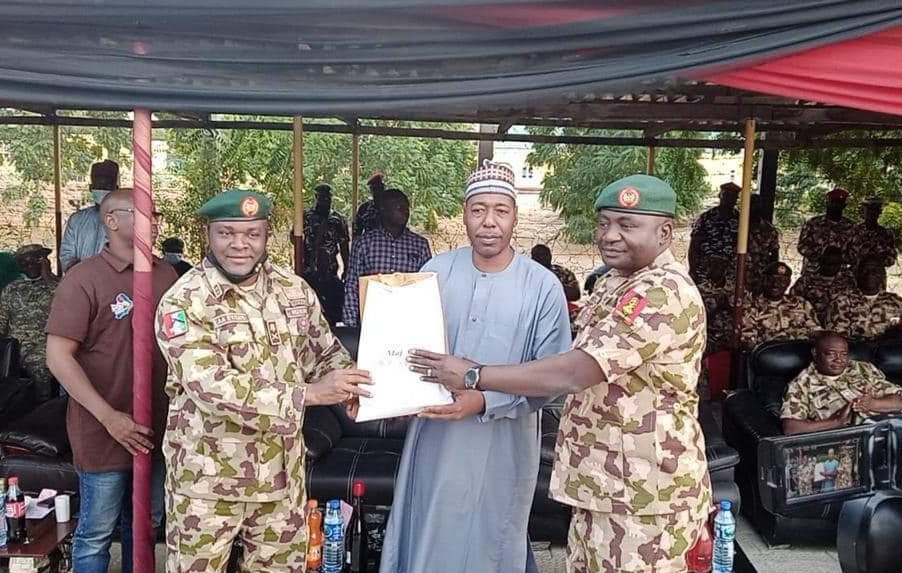 Acting General Officer Commanding 7 Division, Major General A. A. Eyitayo made the revelation on Sunday.

The GOC received Zulum and government officials at the 7 Division Headquarters in Maiduguri, the state capital.

They attended a social gathering that was held in honour of Eyitayo’s promotion to the rank of a Major General.

The General is Commander, Sector 1 of the Operation Hadin Kai fighting Boko Haram and ISWAP in the North-East.

He said: “Severally without being prompted, you (Zulum) come to our aide to support us (Army), even logistics wise.

“Through your persistence and unrelenting cooperation and assistance, you have one way or the other, turned the spirit of the soldiers into fighting machines.”

The GOC urged the Borno helmsman to thank President Muhammadu Buhari and the Chief of Army Staff, Faruk Yahaya, for identifying with and promoting deserving soldiers.

In his remark, Zulum congratulated Eyitayo and other elevated military officers. He thanked all Armed Forces personnel and fallen heroes for their service to Nigeria.