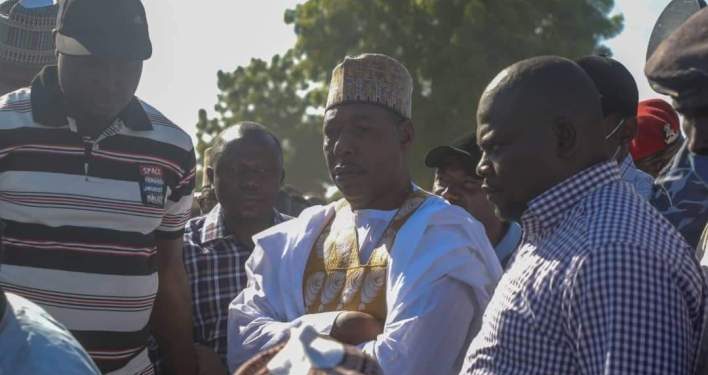 Governor Babagana Zulum of Borno State in Nigeria’s Northeast on Wednesday admitted that Boko Haram is still in control of some villages and local government areas in the state.

Zulum raised the alarm when he received the Chairman, Senate Committee on Army, Senator Ali Ndume who led members of his Committee in the company of other top military officers from the Army headquarters on a courtesy visit to Maiduguri, Government House.

Zulum while stating that peace is gradually returning to the state, however, said there is a need for the Army to redouble efforts in order to secure Abadam and Guzamala local government areas in Northern Borno in which Boko Haram seems to be in control.

Sen. Ndume however said the committee visited Borno to assess the security situation and to thank Borno State Government for its unflinching support towards restoration of peace and end the carnage perpetrated by terrorists in the northeast region.