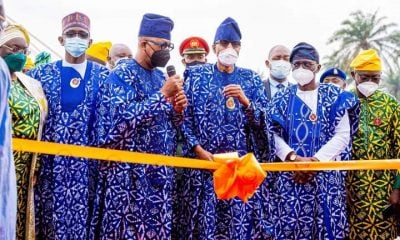 The Senate Committee Chairman on Army, Senator Ali Ndume, has urged the military to suppress the activities of the Islamic State West Africa Province (ISWAP) in Southern Borno.

Ndume made this statement when he led members of the committee on an oversight visit to the headquarters of Joint Operation Hadin Kai in Maiduguri on Wednesday.

He added that Boko Haram terrorists were surrendering, while ISWAP was still attacking people.

He however, commended their effort and urge them to do more, so that under his leadership insurgency would be brought to an end.

Earlier, Maj.-Gen. Christopher Musa, the Theatre Commander, hailed the committee for its commitment to address the challenges facing the army and assured it of the theatre’s commitment to discharge its assigned task.

The Abduction Of Three Plateau Polytechnic Students Have Been Confirmed By The Police, Suspects Arrested.