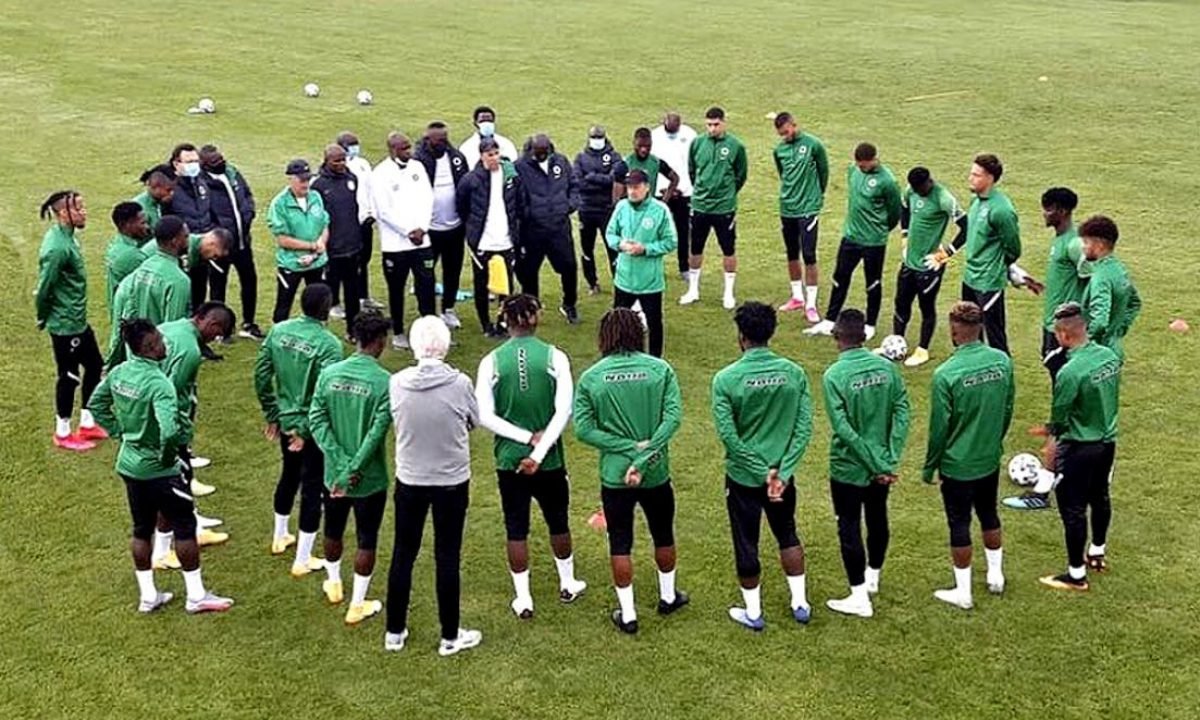 Super Eagles’ interim coach, Austin Eguavoen, has expressed confidence that three-time African champions, Nigeria, will steamroll their Egyptian opponents when both teams go for each other’s jugular in the opening match of Group D of the 33rd Africa Cup of Nations finals at the 30,000 –capacity Stade Roumdé Adjia in Garoua.

Eguavoen, who leads Nigeria from the bench, was involved in that cagey affair in the cold of central Tunis, but envisages that there will be nothing cagey about today’s game.

“I look forward to an interesting game between two ambitious teams. As I said a couple of weeks ago, we will take it one match at a time. For now, we see the clash with Egypt and all our plans are how to earn the three points.

Meanwhile, former U17 star, Taiwo Awoniyi is expected to lead the line and reproduce some of his potency from which German Bundesliga club Union Berlin is benefitting, with Leicester City’s Kelechi Iheanacho and Czech Republic -based Peter Olayinka also on the line.

Skipper Ahmed Musa and Samuel Chukwueze hit target in the training match with Cameroonian top club, Cotonsport Garoua on Friday, and there are also Greece –based Henry Onyekuru and former Olympics star Sadiq Umar as possibilities in the frontline.