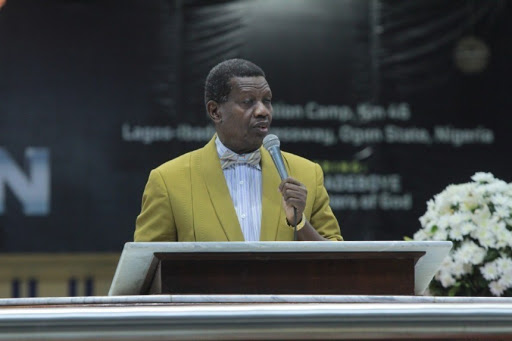 The Christian Association of Nigeria (CAN), the Redeemed Christian Church of God (RCCG) and Living Faith Church Worldwide (a.k.a. Winners Chapel), have backed down on their insistence to hold Crossover services in churches on Thursday.

They announced, on Tuesday, adjustments in their programmes to ensure that none of their members violates the 12 midnight – 4 am curfew imposed by the Federal Government as part of measures to contain COVID-19 spread.

The CAN be aligned with the government’s ban on watch night (crossover) service that usually heralds the New Year.

The association said the service, which normally extends to 12am on the first day of the year, should not hold so that Christians can maintain strict adherence to COVID-19, protocols.

But the Osun State government reviewed its position on the countdown to the New Year.

“The government has decided to allow crossover religious gatherings, being sensitive to the mood of the season. But any organization holding crossover service must note that they are expected to close the service early and everyone must be off the streets by 1am,” Osun Commissioner for Information and Civic Orientation, Mrs. Funke Egbemode, said.

“There is no sacrifice that is too much to put an end to the Coronavirus pandemic in the interest of all and sundry,” Ayokunle said in a statement in Abuja yesterday.

Already, the Ondo State government has vowed to prosecute any church leader that may violate its ban on the midnight service.

However, in Lagos State, the local chapter of CAN and the state government agreed that services should end by 11pm tomorrow.

In a memo to all parishes signed by its Assistant General Overseer (AGO) in charge of Admin/Personnel, Pastor Johnson Odesola, the RCCG said it will do live streaming of the Crossover Service tomorrow night.

It urged members to link up virtually on Dove Television and other on-line platforms.

The January 8 Holy Ghost Service (HGS) will also be conducted by the General Overseer, Pastor Enoch Adeboye, virtually, Odesola said in the memo.

According to him, the mission took the decision in compliance with the government’s directive.

It was also learnt that Winners’ Chapel service and Bishop David Oyedpo’s sermon scheduled to kick-off from 6pm tomorrow, will be streamed live and viewed by members at all viewing centers affiliated to the church.

Winners’ Chapel will stream He said: “Where the government places an embargo on the Crossover Night service, churches may meet earlier to praise and give God praises for the gift of life despite the pandemic and to place their requests for 2021 before God.

Ayokunle, who urged Christian leaders to cooperate with the government, said the directive was understandable. “We understand the unfortunate state COVID19 infection has put everybody world over, which caused some state governments to place a total ban on crossover night service and we are not happy that we would not be able to enter into the New Year prayerfully in joint fellowship with our brothers and sisters.

“We, however, urge you all to abide by the directives of each state government on this so as to prevent the spread of the infection. One thing that is certain is that the end of COVID-19 is here at last in the mighty Name of Jesus Christ.

“In those states, services should be closed about 10:30 pm or at most 11:00 pm to enable worshippers to return home on time. It is a passing phase and this too shall pass away in Jesus’ Name. Very soon, the pandemic will become history and we will return to our usual routine services in Jesus’ Name.”

Lagos CAN chairman Bishop Steven Adegbite, who backed down on earlier directive to members that they end the service by 12.15 am and that members who could not return home should pass the night in churches till daybreak.

In a statement by Adegbite supported the government’s directive that the crossover service should terminate by 11 pm.

The state also announced a 12 am to 4 am curfew as part of measures to curb the spread of COVID-19 in the state.

Adegbite said: “As part of our responsibility as a law-abiding organization and in response to the appeal made to us by the state government, we hereby direct that all churches should ensure their services on 31st of December, 2020 end at 11:00 pm so as to allow attendees get to their respective homes and places of rest on or before 12:00 midnight when the curfew will start.”