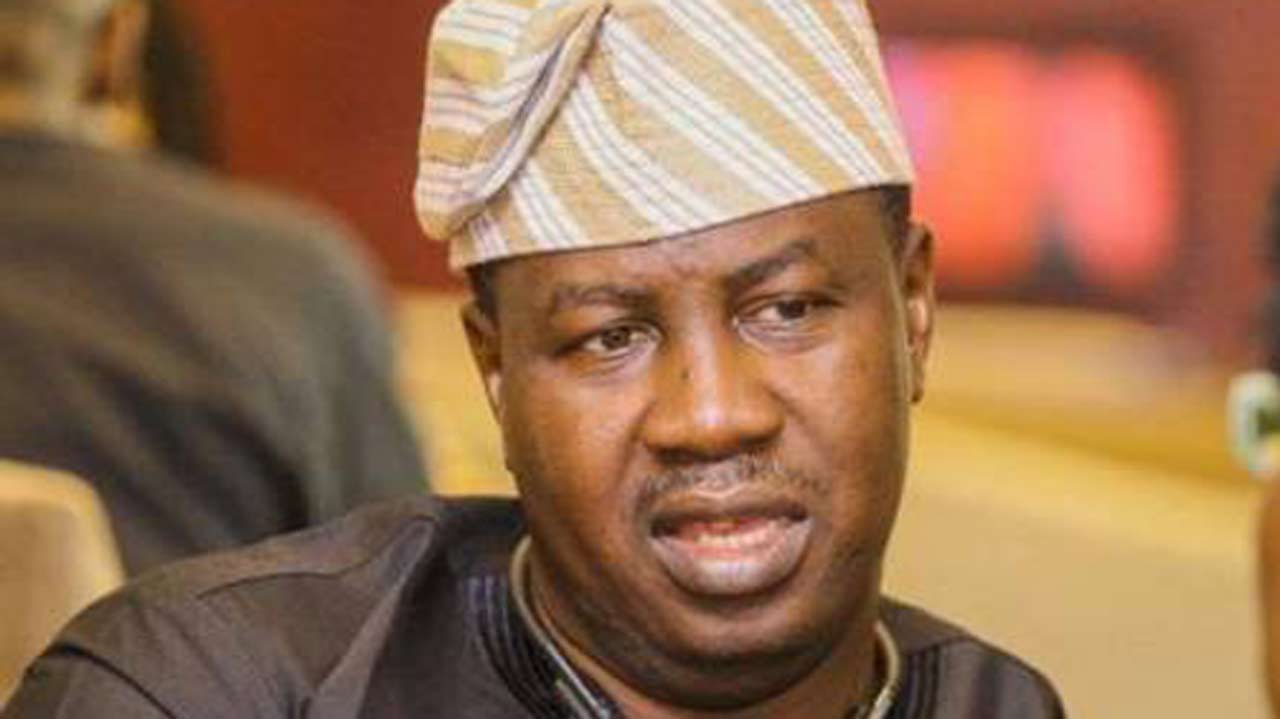 Justice Chuka Obiozor slammed an N20,000 fine sequel to the withdrawal of a motion filed by Gbadamosi’s counsel, Mr. Ebun-Olu Adegboruwa (SAN), in a suit seeking to disqualify the winner of the election, Mr. Tokunbo Abiru of the All Progressives Congress (APC).

The judge upheld the submission of Abiru’s counsel, Mr. Kemi Pinheiro SAN on the status of the motion and ordered that N10,000 be paid in favour of the APC and another N10,000 in favour of Mr. Abiru.

At the last hearing of the suit, the court similarly fined the PDP candidate N40,000 – comprising a cost of N20, 000 each in favour of Abiru and the APC against Gbadamosi – after striking out Adegboruwa’s motion and adjourned hearing of all interlocutory applications, including APC’s objection to the suit.

Abiru’s eligibility for the poll is being challenged by the PDP and Gbadamosi, who are first and second plaintiffs respectively.

But in their objections, Abiru and APC are, among others, challenging the jurisdiction of the court to entertain the suit on the ground that it is statute-barred, not having been filed within the 14 days stipulated by Section 285(9) of the Constitution

The Independent National Electoral Commission (INEC), Abiru, and the APC are the first to third defendants respectively in the suit.

The proceedings commenced with Pinheiro identifying two pending applications. The first was the 2nd defendant’s application dated 11th November 2020 seeking leave to file a reply on points of law to the Plaintiff’s written address of 3rd November 2020 which was unopposed. The same was moved and granted as prayed.

The second application dated 30th November 2020 seeking leave to file a further affidavit and reply on points of law in response to the Plaintiff’s processes opposing 2nd defendant’s application to strike out the further and better affidavit dated 9th November 2020. Pinheiro moved in terms of the motion as it was unopposed. The same was granted as prayed.

Having seen Pinheiro’s opposition to the motion to amend, the court questioned the appropriateness of Adegboruwa’s application to amend as it was of the opinion that the Plaintiff was out of time to amend.

Pinheiro re-affirmed that the amendment had to be within the time permitted for filing of the originating processes under Section 285 of the Constitution.

In view of this, Adegboruwa agreed to move the substantive originating summons and applied to withdraw the application for amendment.

Pinheiro informed the court that he had reacted to the motion to amend, adding that expenses had been incurred to respond to the application for amendment and sought cost.

He asked the court to dismiss the motion to amend, rather than strike it out. He also invited the court’s attention to the fact that on the 16th of November 2020, plaintiffs withdrew a similar application which was struck out.

The Counsel notified the court that the previous application was identical to the instant application sought to be withdrawn and that it was less than 48 hours of striking out the first application, that the second was filed.

According to him, the entire proceedings of 16th November was in relation to the appropriate order of the court regarding that first application for amendment.

He further submitted that the Plaintiff had also filed another process dated 9th November 2020 titled further and better affidavit.

He urged the court to award a cost of N500, 000 against the Plaintiffs.

In his ruling, the judge noted that the plaintiff’s motion seeks to do a thing not permitted by the rules of the proceedings before it. He, therefore, dismissed the motion for amendment. He also awarded a cost of N10, 000 each in favour of the 2nd and 3rd defendants.

Upon the dismissal of the motion to amend, the Plaintiffs withdrew their amended originating summons which was struck out.