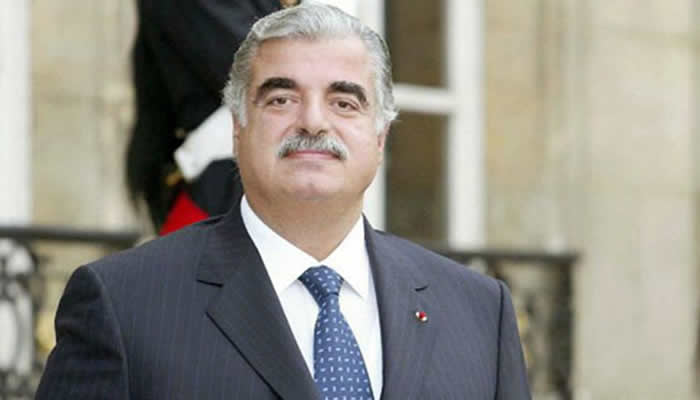 An international court on Friday sentenced a fugitive Hezbollah member to life imprisonment for the 2005 assassination of former Lebanese prime minister Rafic Hariri and 21 other people.

Salim Ayyash, 57, was found guilty in absentia of murder and terrorism on August 18 by the Netherlands-based Special Tribunal for Lebanon over the suicide bombing that killed the Sunni billionaire politician and injured 226 others.

Ayyash remains on the run, with Hassan Nasrallah, the head of the Shiite Hezbollah movement, refusing to hand him over, alongside three other defendants who were eventually acquitted.

“In the circumstances, the trial chamber is satisfied that it should impose the maximum sentence for each of the five crimes of life imprisonment to be served concurrently.”

Ayyash was found guilty of conspiracy to commit a terrorist act, committing a terrorist act using an explosive device, the “intentional homicide” of Hariri, and of 21 other people, and attempted homicide of those injured in the attack.

Hariri served as Lebanon’s prime minister until he resigned in October 2004.

He was killed in February 2005 when a suicide bomber detonated a van filled with explosives as his armoured convoy drove past.

Prosecutors had said five concurrent life terms were the “only just and proportionate sentence” for Ayyash, given it was the “most serious terrorist attack that has occurred on Lebanese soil.”

In their long-awaited ruling in August, judges said there was sufficient evidence to show that Ayyash was at the center of a network of mobile phone users who scoped out Hariri’s movements for months before his assassination.

But there was not enough evidence to convict Ayyash’s co-defendants Assad Sabra, Hussein Oneissi, and Hassan Habib Merhi, they said.

The judges added that there was no proof to tie Hezbollah’s leadership or its allies in Damascus to the attack although it was probable “state actors” had been involved.

Legal experts said the sentencing was still important, even without Ayyash in the dock.

“In absentia, trials are of course not the ideal way of dispensing international justice,” Christophe Paulussen, a senior researcher at the Asser Institute in The Hague.

International tribunals were like “a giant without arms and legs” since they relied on states to arrest suspects and could not enforce orders themselves.

“But even with this handicap, the STL has now at least established a very authoritative judicial record about what happened 15 years ago, thus assisting the Lebanese society is moving away from a culture of impunity towards one of accountability,” said Paulussen.

The UN Security Council agreed in 2007 to establish the court, billed as the world’s first international tribunal set up to probe terrorist crimes.

It opened its doors in 2009, although the Hariri trial itself did not formally start until 2014.

The court has cost at least $600 million to operate and has so far heard only four cases, two of them for contempt of court about news reports with information about confidential witnesses.

Ayyash faces a separate case at the tribunal over three other deadly attacks on Lebanese politicians in 2004 and 2005.