COVID-19: NAFDAC to give emergency approval for N400bn vaccines 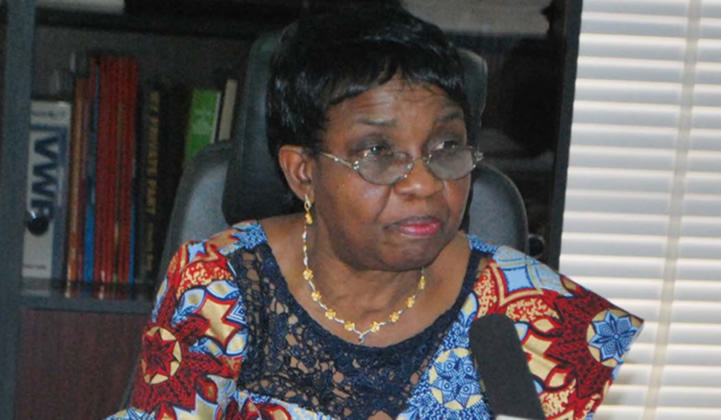 The Director-General of NAFDAC, Prof Moji Adeyeye, said this during an interview on Friday.

Adeyeye said NAFDAC would be doing something called, “Emergency Use Authorisation.”

She said the agency had been in contact with Pfizer since May and had already received a preliminary report which would guide NAFDAC’s decision.

Adeyeye explained that vaccines that had been approved by reliable bodies like the United States Food and Drug Administration could easily pass the test in Nigeria but that was not to say that NAFDAC would not be doing its own independent examination.

The NAFDAC boss said, “Any vaccine that will be used in Nigeria must go through NAFDAC. It will be an accelerated approval because we will use what is called reliance. Reliance mechanism means that if a strong regulatory agency like the FDA or European Medicine Agency has approved it (the vaccine), we will go through their approval.

“For example, we are going through the EMA approval of Pfizer now. We are doing this in readiness of when they (Pfizer) will submit their own application. So, we have started doing our own work before they approve the application. We are already in touch with them.

“Pfizer visited us in May and we told them to continue doing what they are doing and when they get to Phase 3, they can submit their own application. But because of this reliance, it will make it very fast for approval. We have asked Pfizer to send it since it has been approved in the US and some other regulatory agencies. It will not take time at all. Reliance means you rely on what another strong agency has done.”

Asked how long it would take for NAFDAC to give final approval, Adeyeye said she would not want to be pre-emptive adding that it would not take long at all.

She said there could be unforeseen problems if, for instance, Pfizer failed to send its complete paperwork, explaining that if there were no hitches, the vaccine would be approved in record time.
“We don’t expect it to belong at all. But again, it depends on what we have. That is if they have the same papers that they submitted to other regulatory agencies. If what is submitted to NAFDAC is different from what was submitted to FDA, it will take longer because we will need to ask questions.

“Hopefully that will not happen. It will be an expedited review. NAFDAC is doing EUA which means Emergency Use Authorisation. So, it is not as if they are coming to register a product but it will still need approval. It is not as if immediately the vaccines are brought, we would tell people to start using it the next day. We will do a desk review,” she said.

Also speaking with our correspondent, the Minister of State for Health, Dr Olorunnimbe Mamora, noted that the government would rely on NAFDAC for approval before the vaccines would be used.

On when the N400bn budget for the procurement and distribution of vaccines would be submitted to the National Assembly, Mamora said it would be next year.

He said the figures were still being collated, adding that it cuts across different ministries. He also said the Presidential Task Force on COVID-19 headed by the Secretary to the Government of the Federation, Boss Mustapha, would be in charge of the vaccines.

The minister said this was the reason the President extended the tenure of the task force.

He said, “We have not yet submitted the budget. We are still putting estimates together and nothing has been finalised. It will be ready early next year. It is not just the Ministry of Health. The President has handed management of the vaccines to the PTF. That was why the President extended the tenure of the PTF till the end of the first quarter next year when we would have started vaccine procurement and administration.”

On when the vaccines would be ready for use, Mamora said, “I think it depends on the assessment report provided by NAFDAC; if favourable and recommended, the Federal Government may approve emergency use authorisation.”

Meanwhile, it was learnt that the Federal Government’s COVID-19 response may hit N1tn by next year.

The President had in April approved N500bn for the COVID-19 response in the supplementary budget which was approved by the National Assembly.

It was learnt that if the N400bn is approved by the National Assembly next month, this would imply that about N900bn would be spent on the pandemic.

This is apart from the sum that several states have individually spent on prevention and treatment of COVID-19 vaccines as well as intervention programmes.

The Bayelsa State Government has directed all political appointees and other government functionaries as well as civil servants to confirm their COVID-19 status by going for testing.

The state government said the testing had become imperative following the second wave of COVID-19 in Nigeria.

The Commissioner for Health, Dr Pabara Igwele, told journalists that the directive was issued during the State Executive Council meeting at the Government House, Yenagoa.

He said the council further directed the immediate commencement of active case search across the state, especially in Yenagoa, the state capital.

As of Friday, December 25, Bayelsa had recorded 519 confirmed cases of coronavirus with 77 patients on admission, 421 discharged while the number of deaths was 21, according to the Nigeria Centre for Disease Control.

Igwele said the council also reiterated the approved COVID-19 guidelines to safeguard the people during the Yuletide celebrations.

According to him, all informal and formal events, including weddings, conferences, congresses, office parties, concerts, seminars and all end of year events had been restricted to not more than 50 persons in attendance.

He said, “All bars, night clubs, event and recreational centres, restaurants and hotels are to ensure compliance with the COVID-19 protocols by the compulsory wearing of face mask, hand washing and physical distancing.

“All religious gatherings should not be more than 50 per cent capacity of the facility of use, in which physical distancing, mandatory use of the face mask should be strictly enforced.”

Why we sacked 2,414 teachers employed by ex-gov Ahmed –Kwara govt