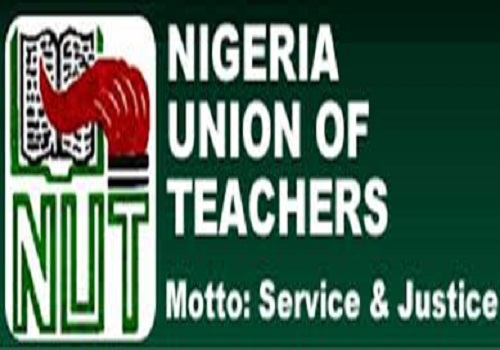 Teachers under the Edo State branch of the Nigeria Union of Teachers on Friday said they would not call off their ongoing strike following a ‘no work, no pay’ policy announced by the state government ahead of the resumption of schools on February 1.

The teachers said they would not succumb to what they described as an “empty threat,” as they vowed to continue with the strike until their demands were met.

The NUT had directed teachers in the state to begin an indefinite strike on January 18, following the expiration of a 21-day and 14-day ultimatums earlier issued to the state government.

But the Edo State Government had, in a statement by the Secretary to the State Government, Osarodion Ogie, on Friday approved February 1, 2020, for the resumption of full academic activities for public primary schools in the state.

It said all public school teachers and headteachers were required to be present in their various schools as failure to resume work on the approved date would be considered a forfeiture of their salaries.

While describing the strike as sponsored, the government advised teachers unwilling to resume work to hand over all school property in their care to their respective education secretaries.

The statement read in part, “The Edo State Government wishes to reemphasize that all public school teachers and headteachers are required to be present in their various schools.

“Failure to resume work would be considered a forfeiture of salary as the government has activated the no work, no pay policy. Headteachers and teachers who are desirous of staying away from work in support of the sponsored strike action by certain elements of the Edo State branch of the Nigeria Union of Teachers are required to hand over all school property in their custody to their respective education secretaries.

“The Edo State Government through the Edo State Universal Basic Education Board is collaborating with the relevant security agencies to ensure the protection of all public schools. Any willful destruction of government property will be met with criminal prosecution to the fullest extent of the law.”

But the union said none of its members would adhere to the state government’s new directive, which it described as propaganda.

The state chairman of the union, Pius Okhueleigbe, said the issues yet to be resolved by the state government included the non-implementation of promotions from 2016 to 2018, 2019 and 2020, non-payment of stipends to the participants of Edo BEST (Basic Education Sector Transformation) and arrears of promotion from 2013 to 2015 to teachers in Uhunmwonde, Oredo and Orhionmwon local government areas.

Okhueleigbe said, “That (no work, no pay policy) is mere propaganda. It is not going to hold water. There are issues we want the government to settle. That is the demand of the teachers.

“Let the government meet the demands of the teachers instead of all that threat and propaganda. It is an empty threat.

“None of my members will resume on Monday. That is quite clear. The strike continues. All that the state government is saying is a mere threat. It cannot hold water.”