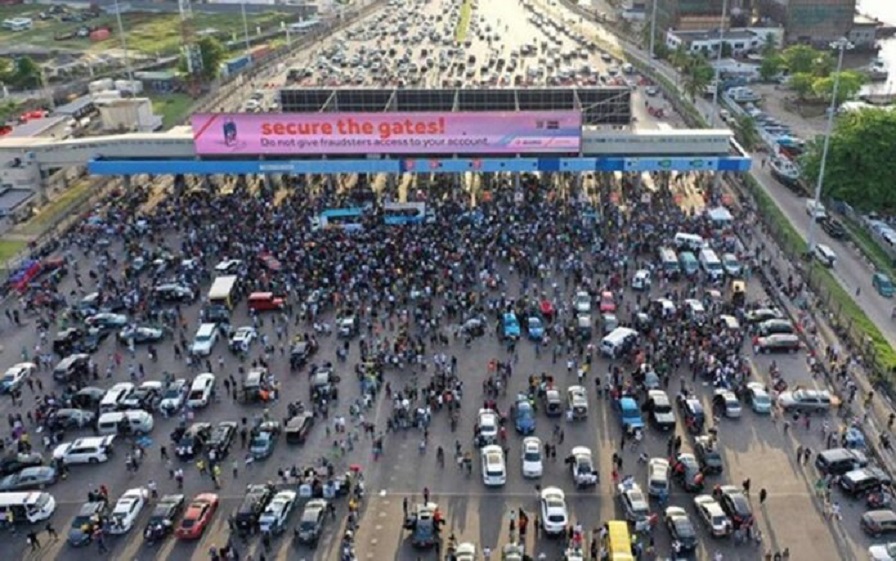 The Lagos State Judicial Panel of Inquiry probing the alleged killing of #EndSARS protesters by soldiers at the Lekki tollgate said on Friday it is expecting the forensic experts hired to examine the incident scene to submit their report by Tuesday.

The panel chairman, Justice Doris Okuwobi (retd.), disclosed this while turning down the application by the Lekki Concession Company, operator of the tollgate, to repossess the facility, which had since been shut down.

Justice Okuwobi said until the report of the forensic examination, which cost a “huge amount”, was received, the LCC could not be given access to the facility.

The forensic experts had been expected to submit their report on Friday, after the 21 days given to them to conclude the job elapsed on Wednesday.

While some #EndSARS protesters have submitted petitions to the panel, insisting that soldiers shot and killed some of the protesters who converged on the Lekki tollgate on the night of October 20, 2020, the military has repeatedly denied the allegations.

The forensic experts, who were paid by the Lagos State Government, it was learnt, were expected to have searched for evidence of live bullets or shells as well as the blood of gunshot victims at the tollgate.

Forgive me, I only slept with my daughter once – Father begs