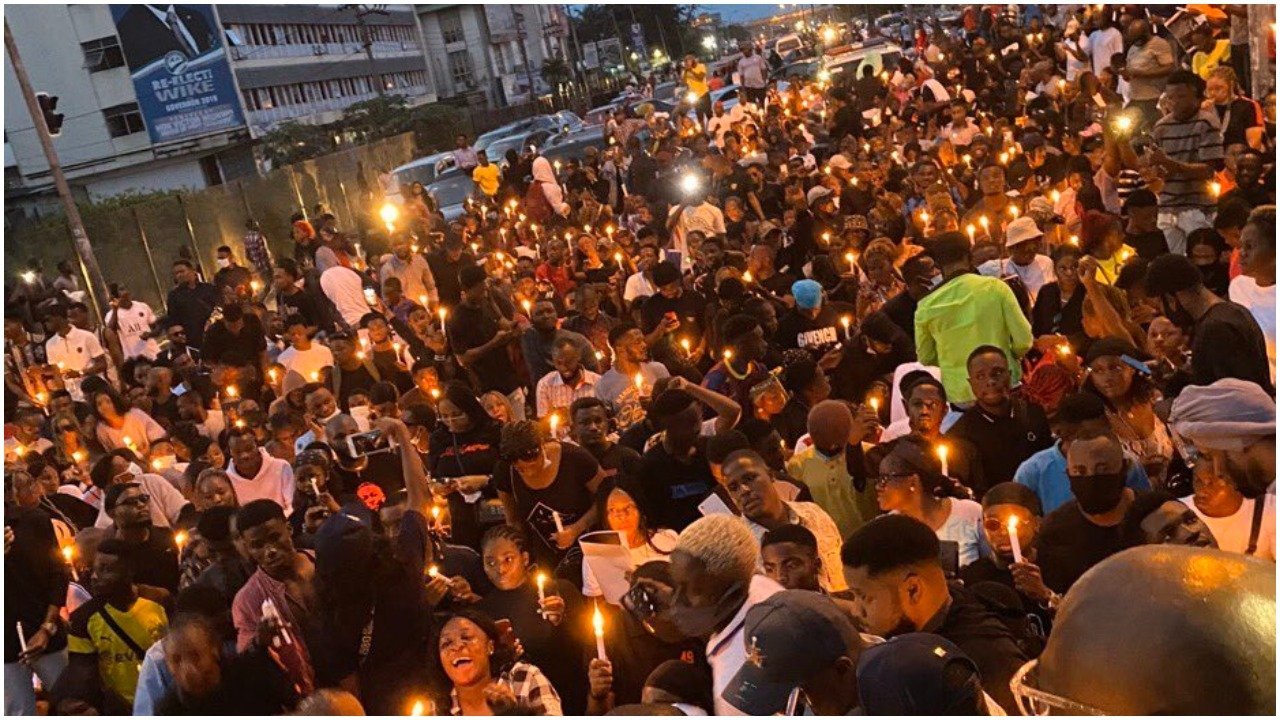 Hundreds of youths in Port Harcourt, the Rivers State capital, on Wednesday, staged a candlelight procession in commemoration of those who lost their lives during the End SARS protest of last year.

The youths converged around the popular Waterlines junction around 4pm to begin their protest.

The youths marched through the streets in company of armed security operatives.

Some of the protesters carried placards with various inscriptions like “no protester will die in vain under our watch”.

They demanded that the government begin the implementation of the recommendation of the panel of inquiries set up by state governments including the prosecution of erring police officers.

Speaking on behalf of the protesters, the Chairman of the Rivers state Coalition of Civil Society organizations, Enefa George said “We are angry that the Nigerian states deviated from implementing the recommendations of their own panels.

“Up till now, police officers who killed and caused bodily harm on Nigerians were yet to be prosecuted. We are also saying those they said they will compensate are yet to be compensated.”

They also called for the immediate release of some of the protesters in police custody across the country.