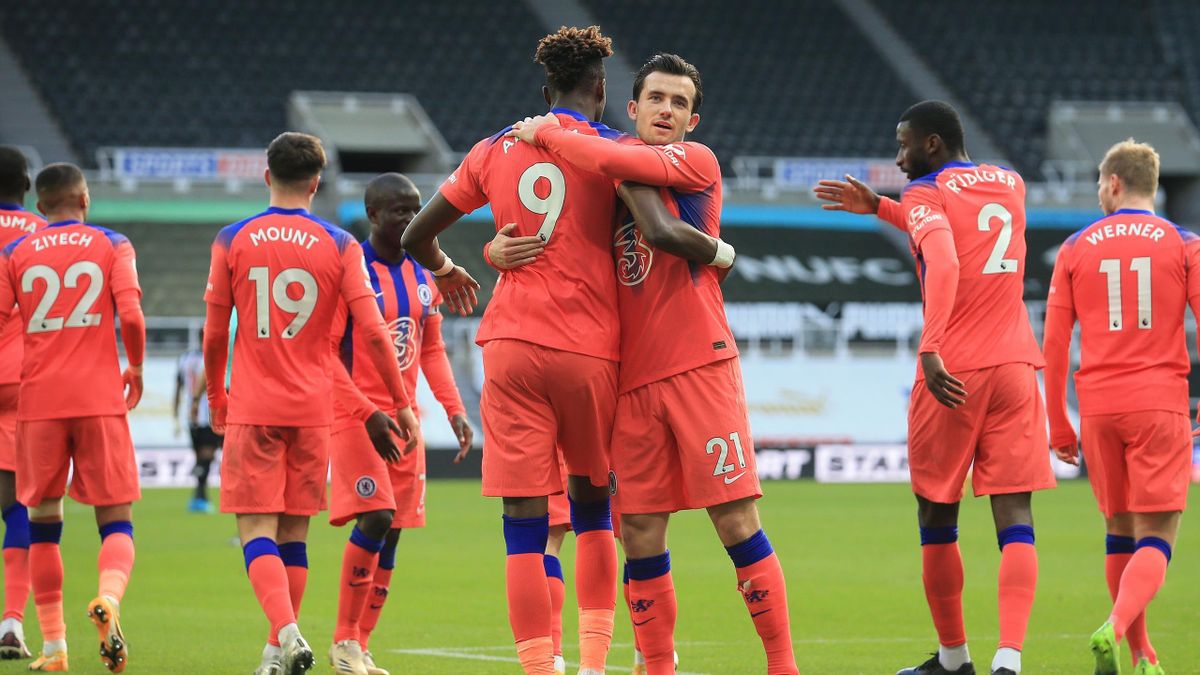 Chelsea climbed to the top of the Premier League for the first time in over two years with a convincing 2-0 win at Newcastle on Saturday.

Frank Lampard’s side moved above Leicester on goal difference thanks to Federico Fernandez’s first-half own goal and Tammy Abraham’s strike after the interval.

Chelsea is unbeaten in nine games in all competitions and hasn’t lost in their last six league matches.

With five clean sheets in their last six matches in all competitions, Chelsea’s third successive league victory was the perfect way to start a hectic period leading up to Christmas.

Maurizio Sarri was in charge the last time Chelsea were in pole position in the Premier League in September 2018.

But Lampard’s squad is more formidable than his predecessor’s fragile team and a serious title challenge looks increasingly possible.

Chelsea could surrender the top spot before the end of the day, with both Aston Villa and Tottenham able to go above them depending on their results.

The west Londoners had won only once in their previous seven visits to Newcastle, but for once St James’ Park didn’t prove a house of horrors.

Lampard had complained about having to play in the Saturday early kick-off when several of his players had only returned from international duty on Thursday.

Thiago Silva was not even available to feature on the bench after the 36-year-old played for Brazil in a World Cup qualifier against Uruguay on Tuesday.

German center-back Antonio Rudiger came in for his first league start of the season, while Ben Chilwell at left-back started despite limping out of England’s game with Belgium due to a back injury.

– Chelsea pressure –
Chelsea’s weary stars shrugged off their fatigue to make a strong start as Timo Werner raced onto a through ball for a low strike that Karl Darlow pushed away for a corner.

Darlow was at full stretch again when Abraham met Hakim Ziyech’s cross with a powerful header that the Newcastle keeper tipped over.

The Blues’ pressure was rewarded in the 10th minute when a short corner caught Newcastle flat-footed.

Mason Mount whipped in a low cross and Fernandez turned it into his own net under pressure from Chilwell at the far post.

With Lampard’s men monopolizing possession, Werner should have doubled their lead from Mount’s pass, but the German forward scuffed his shot wide from 10 yards.

Callum Wilson, who had scored six of Newcastle’s 10 league goals this season, was missing with a hamstring injury and the Magpies were toothless in attack without their top scorer.

Chelsea had a golden opportunity to kill them off when Werner robbed the dawdling Fabian Schar and raced into the Newcastle area, but instead of shooting, he played an awful pass that was easily cleared.

Isaac Hayden blazed over from close-range as Newcastle finally had a sight of goal and Joelinton curled over from the edge of the area moment later.

But Chelsea put the result beyond doubt in the 65th minute when Werner accelerated away from the Newcastle defense and slipped a pass to Abraham, who guided his shot past Darlow and in off the post.

Abraham has now scored in three consecutive appearances in all competitions for the first time since September 2019.

Newcastle’s Sean Longstaff hit the bar from long-range, but Chelsea’s lead was never in jeopardy.