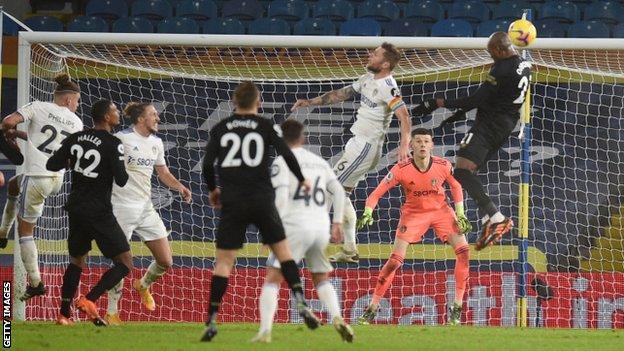 Angelo Ogbonna headed home the winner as West Ham came from behind to beat Leeds 2-1 and move up to fifth in the Premier League on Friday.

The Hammers could not have had a worse start as Mateusz Klich opened the scoring at the second attempt from the penalty spot after Lukasz Fabianski was penalized for coming off his line in saving his Polish international teammate’s first spot-kick.

However, David Moyes’s men exposed Leeds’ struggles to defend set-pieces to move within a point of the top four.

The winner arrived in a similar fashion as Ogbonna powered in Aaron Cresswell’s free-kick 11 minutes from time.

West Ham was inches away from another set-piece goal when Fabian Balbuena hit the post, but the visitors comfortably held out to continue their impressive season so far.

A fourth defeat in six games leaves Leeds in 14th on their first season back in the top flight for 16 years, but with an eight-point cushion above the relegation zone.

Adeboye assured me I will be re-elected –Obaseki