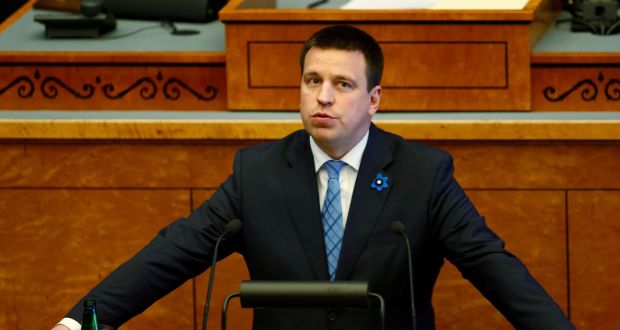 Estonian Prime Minister Juri Ratas said on Wednesday he was stepping down after his Centre Party came under investigation for corruption linked to a property development company.

His resignation brings down the country’s centre-right coalition government that also includes a far-right party, but new elections are unlikely.

President Kersti Kaljulaid now has 14 days to name a new prime minister who would then have to be approved by parliament.

“Today I made a decision to resign as prime minister,” Ratas, who is the chairman of the party, said in a Facebook post following an hours-long party board meeting.

Ratas said he hoped his resignation would help “shed light on all the circumstances and reach clarity” but insisted that he had not made “any malicious or knowingly wrong decisions”.

The investigation centres around a property company called Porto Franco which received a large state loan and struck a lucrative deal with city authorities in the capital Tallinn whose mayor is also from the party.

The owner of the company’s father, businessman Hillar Teder, donated large sums to the Centre Party.

“As head of government, I did not feel in the case of Porto Franco that any minister or party had tried to sway the government’s decisions in an illegal direction,” Ratas said in his statement.

Among other suspects in the corruption investigation is Kersti Kracht, an adviser to Finance Minister Martin Helme from the far-right EKRE party.

The resignation could scupper plans for a controversial same-sex marriage referendum the coalition had been planning to hold this spring.

Some US leaders, including Nobel Laureate Joseph

Joe Biden has been inaugurated as President of