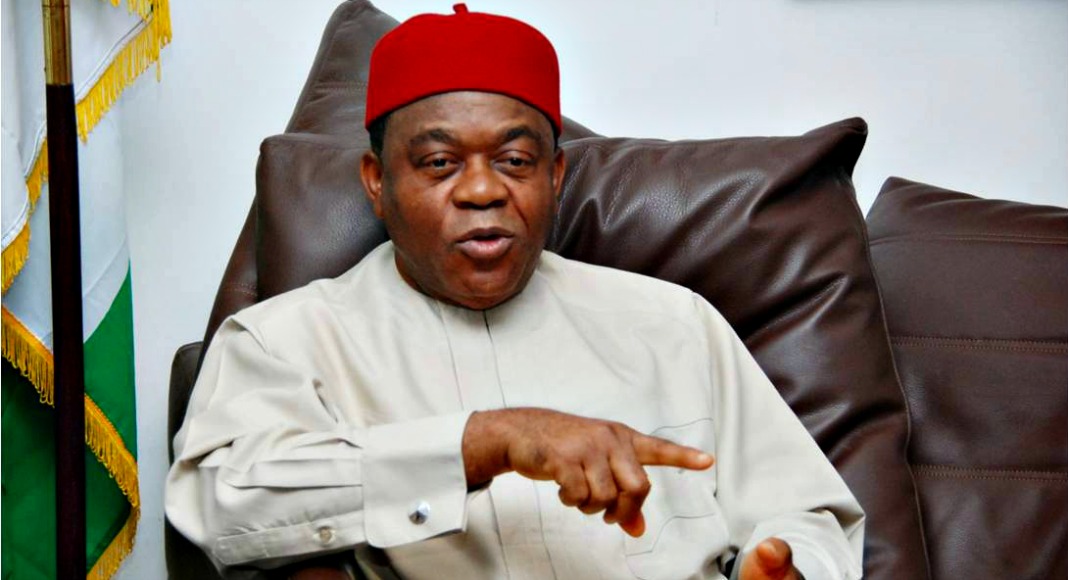 Senator Theodore Orji representing Abia Central Senatorial district and a former Governor of Abia State has insisted on his avowed commitment to quit politics in 2023 for younger ones to take over.

The Senator said this, weekend, at a function held at Umuajatta Olokoro in Umuahia South Local Government Area, LGA, of the State.

According to Orji, “it is the same for every young person here. Your future as Abians is bright. I have since decided to quit politics in 2023 so as to give way to all of you.

“If I don’t quit, there won’t be space for you. But I have to quit so that you can take over. I’ll support you in every way possible.”

“You have all been supporting me since the inception of my political career, thank you so much for that; it’s the for me to support you in your own careers, too”, he concluded.

In another development, a chieftain of the All Progressive Congress, APC, and a former National Publicity Secretary of defunct New People’s Democratic Party, PDP, Chief Eze Chukwuemeka Eze, has commended President Muhammadu Buhari and members of the National Executive Council (NEC) of the All Progressives Congress (APC), for the dissolution of all zonal, state, LGA and ward structures and committees of the party, to give room for a holistic overhaul of the system and resolution of all crisis ravaging the various chapters of the party in the country.

Eze, in a statement, commended the extension of the tenure of Governor Mai Buni led Caretaker and Extraordinary Convention Planning Committee of the APC by six months, stressing that the elongation will allow the party to put modalities in place for a successful national convention, as well as a hitch-free planned nationwide membership revalidation exercise billed to commence soon.

The ex-PDP spokesman counselled the leadership of the party to be fair to all sections of the country in considering the appropriate zone due for the 2023 presidency.

Eze said such a critical decision is pivotal to the electoral chances of the party in the next general elections and called on the party to play fairly and safely too for the good of all.

The Minister of Communications and Digital Economy,