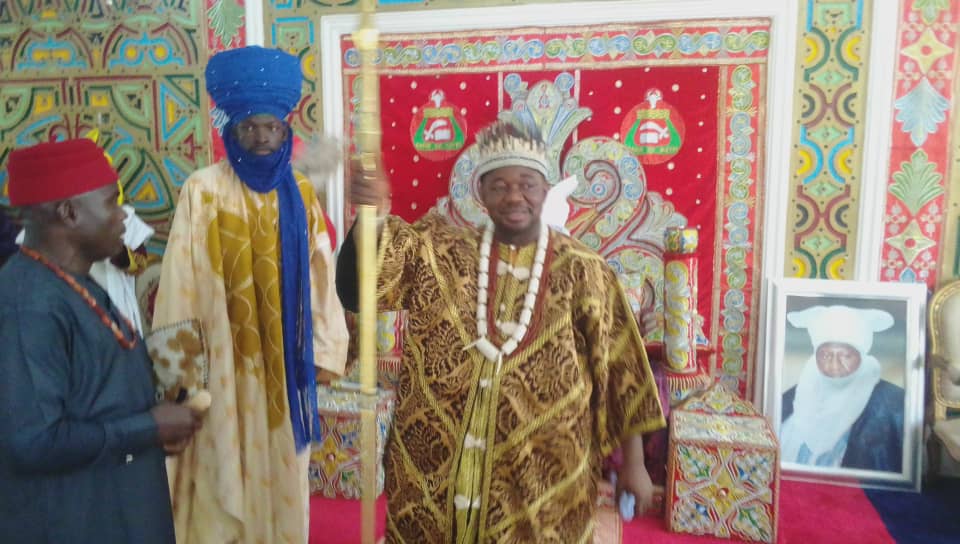 After ten years without a traditional ruler, the Igbo Community in Keffi now has a new Eze Igbo, Igwe Celestine Chibuike Mbah who was on Saturday, 12th of December, 2020 coronated and given a staff of office by the Emir of Keffi, Shehu Usman Chindo Yamusa

The new Eze Igbo, a native of Achi in Oji River Local Government Area of Enugu State, is a successful businessman and community leader who has spent the greater part of his adult life in Keffi.

Signature TV witnessed the historic ceremony which took place at the Palace of Emir of Keffi. See pictures

Eze Igbo and Lolo wait for the Coronation

Igwe Ohabuenyi being attended to by Palace Guards