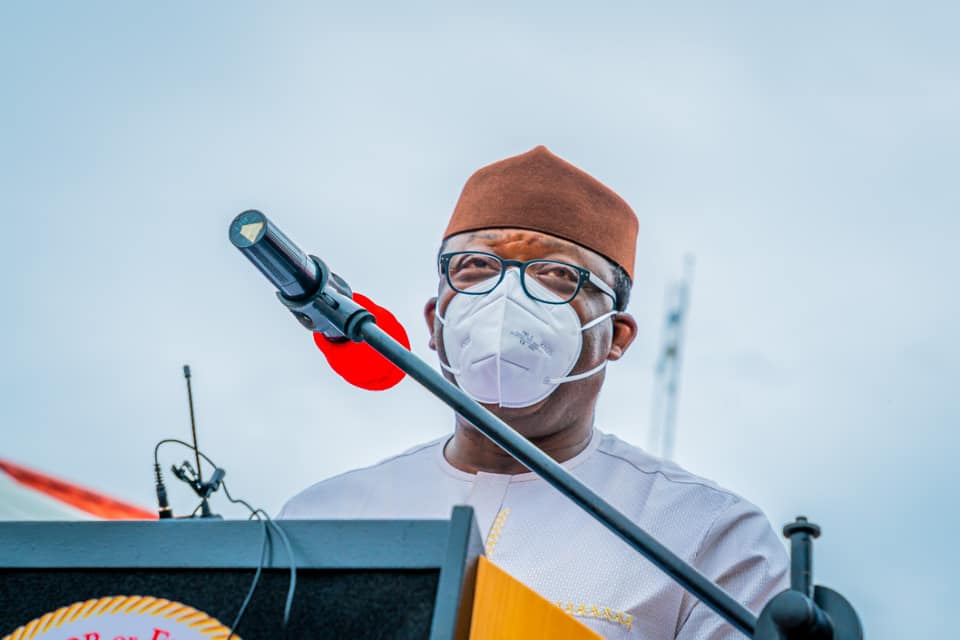 Ekiti State Governor, Kayode Fayemi, has in a bid to promote sports in the state and make it a reliable sector that can enhance the capacity of youths, signed into law Ekiti State Sports Development Trust Fund ( SDTF).

A statement by the General Manager, Ekiti State Sports Council, at the weekend, quoted Fayemi as saying the fund would bring more development to sports when implemented.
Fayemi said with the fund in place, there would be Public-Private Partnership in the sponsorship of sporting activities and make the sector a priority of the government in terms of funding.

“SDTF is strategic for the development of sports. Now that white-collar jobs are not in place, there would be a need for us to develop the sports sector to help in generating employment for our youths and build their skills to be able to compete locally, nationally and internationally.”

Speaking about the benefits of SDTF, the General Manager, Ekiti State Sports Council, Mr Deji Samo, applauded the governor for the feat, saying it was unprecedented in the history of sports in Ekiti.
Samo added that Fayemi has made giant strides to develop the sector by ways of creating the ministry of Sports, regressing of Oluyemi Kayode Stadium and the sponsorship of the Ekiti United Football Club and a female team for the state.

According to the General Manager; “The board and the management of sports appreciate the SDTF that was signed into law by Governor Fayemi. This is unprecedented and will boost sporting activities in our dear state.

“With this, our athletes can now attain a higher height and win more laurels and trophies for our dear state locally, nationally and internationally.

“Sport is a money-spinning activity, but capital intensive. Now that more funding will be available through SDTF, Ekiti will soon gain recognition as a state where huge potentials abound in sports and we can rake in more revenues into the State.”

Samo thanked the State House of Assembly for the speedy passage of the bill, he described as a potent weapon that would bolster the sports sector in the state.