HomeNEWSFG Gives Condition To Be Met Before Twitter Ban Is Lifted

FG Gives Condition To Be Met Before Twitter Ban Is Lifted 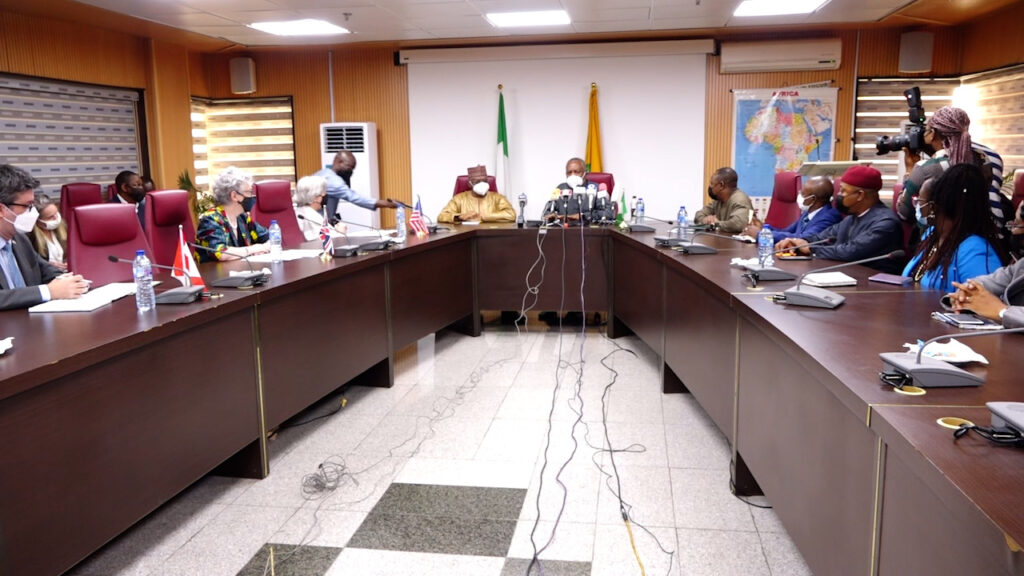 The Federal Government says it would restore Twitter operations in Nigeria if the platform would be used responsibly by the citizens.

Minister of Foreign Affairs, Geoffrey Onyeama disclosed this after a meeting with some of the top envoys of various Diplomatic Missions in Nigeria.

While highlighting that the responsibility of the government is to protect law, order, and human lives, Onyeama made it clear that there is no definite time for lifting the ban.

“The condition would be a responsible use of the social media and that really has to be it.”

“We are not saying that Twitter is threatening the country or any such thing; why we have taken this measure is to stop them to be used as platforms for destabilization and facilitation of criminality or encouragement of criminalities,” Onyeama stated.

Envoys present at the meeting which held at the office of the Minister of Foreign Affairs in Abuja on Monday included, those of Canada, the United States, the European Union, the United Kingdom, and the Republic of Ireland.

The meeting became imperative following a joint reaction by the envoys expressing disappointment at the indefinite suspension of the microblogging platform.

Speaking after the forum, Foreign Affairs Minister, Geoffrey Onyeama, said they had a fruitful deliberation and reviewed the situation.

According to the minister, the security concerns of President Muhammadu Buhari and the steps taken to address them were tabled.

Onyeama said the government acknowledges the roles social media plays and how it swings positively and negatively.  He further stressed that the negative aspect has dire consequences and can threaten the unity of the country.

The minister further stated that these concerns have brought about the strong steps taken by the president to maintain the nation’s unity.

He highlighted the need for the envoys to support the country on the Twitter ban, just as they lent their support to fixing the security crisis.