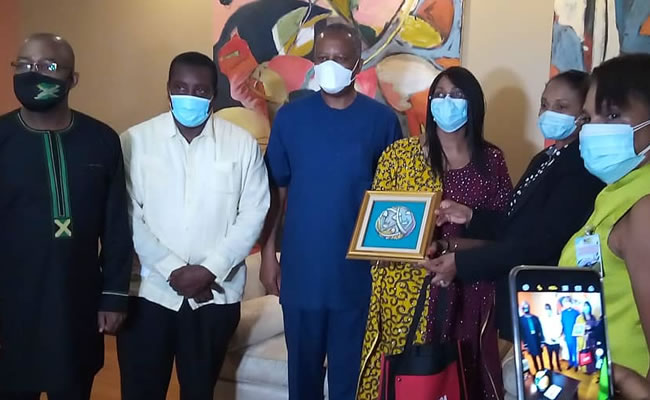 The Federal Government and the Government of Jamaica have launched an inaugural direct flight to both countries.

The Spokesman, Ministry of Foreign Affairs, Ferdinand Nwonye, disclosed the development in a statement in Abuja yesterday.

Nwonye said the move was part of activities to commemorate the 50 years of good bilateral relations between the Federal Republic of Nigeria and the Republic of Jamaica.

“An inaugural direct flight, Air Peace, departed from Lagos and landed in Montego Bay, on Monday, December 21, 2020,” Nwonye said. Nwonye disclosed that aboard the flight was the Minister of Foreign Affairs, Geoffrey Onyeama, in company with a number of other senior Federal Government officials and members of the organized private sector.

“They were received at the Sangster International Airport, Montego Bay, by the Minister of Transportation of Jamaica and other top Jamaican government officials.

“It is expected that the welcome development would deepen relations between the two countries in areas of tourism, education and economic activities, to mention a few,” Nwonye stated.