HomeNEWSGombe to harness potentials of its 3 dams to boost its economy, says commissioner

Gombe to harness potentials of its 3 dams to boost its economy, says commissioner 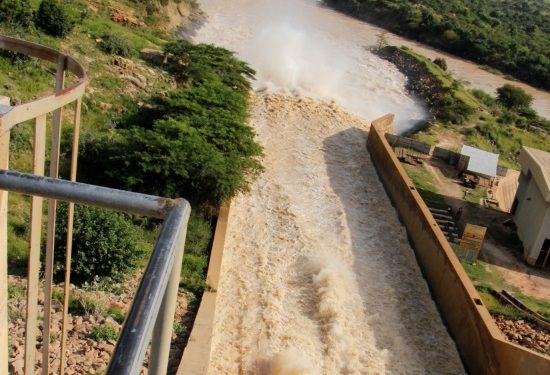 The Gombe State Government says it will harness water bodies in the state for agricultural purpose, with a view to boosting the state’s economy, according to Alhaji Mijinyawa Yahaya, Commissioner for Water Resources.

Yahaya said in Gombe, on Tuesday, that two out of the three Dams in Cham and Balanga belonging to the state government, were underutilized.

He said the Federal Government-owned Dadin Kowa Dam was being used by the state government to provide water supply to Gombe metropolis and its environs, while the dam’s hydropower component, which had been completed awaiting inauguration, would also be used to boost agro-processing industries in the state.

Yahaya also said that the Transforming Irrigation Management in Nigeria project was presently developing the area for irrigation, targeting 2,800 hectares with the two neighbouring states of Adamawa and Borno.

On Balanga dam, the commissioner explained that since its construction, the dam was only being used for irrigation, even that was not done properly because the facilities were not fully functional.

According to him, the government would soon repair the facilities to enable the full utilisation of the dam, by residents of the area who were predominantly farmers.

The commissioner further said that in December 2020, a Chinese company had undertaken an assessment of the dam, adding that the project would have commenced since, but for the outbreak of Covid-19, which halted the process.

He said that Cham dam was also receiving the attention of the Federal Government, under the supervision of the Upper Benue River Basin Development Authority, and as soon as they finished, agricultural activities would commence in earnest.

Yahaya said that the state government was also focused on resuscitating facilities for fish farming at Dadin Kowa village, which was previously used as a training centre but had since been grounded.