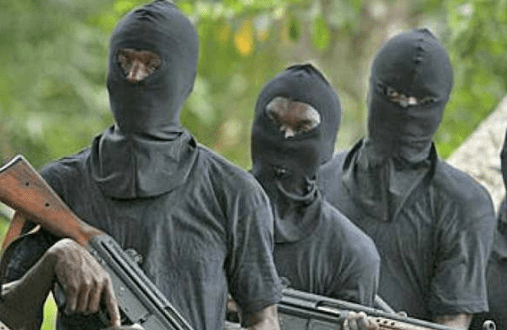 A banker with Polaris Bank and two others who were kidnapped in Ibadan, the Oyo State capital, have been released.

Recall that some gunmen who stormed Ijebu-Ode- Ibadan Road in Ibadan, a few days ago, kidnapped four people.

Our correspondent gathered from a source that among those who were kidnapped included Mr Popoola Isaac, a staff of RCC and Mr Ismail Adeoye, a staff of Polaris Bank and two others.

It was gathered that one of the kidnapped victims was lucky to escape last week.

Recall that the abductors had earlier demanded the sum of fifteen million naira (N15M) from the families of the victims.

The abductors have now released their victims.

It was gathered that the release of the victims is coming after the families paid the sum of Five Million Naira (N5m) ransom to the kidnappers.

A close source to one of the family members of the victims on Monday said that the victims were released during the weekend.

He said, “They have been released after payment of a ransom of N5m.”

Public Relations Officer of the State Police command, Olugbenga Fadeyi when contacted also confirmed the release of the victims.

Fadeyi, however, said that concerted effort by the police led to the release of the victims.

He also declared that the victims have been reunited with their families.

Fadeyi while speaking further said that efforts have been put in place to arrest the hoodlums.

NCS reveals identity of inmate freed by gunmen in Anambra