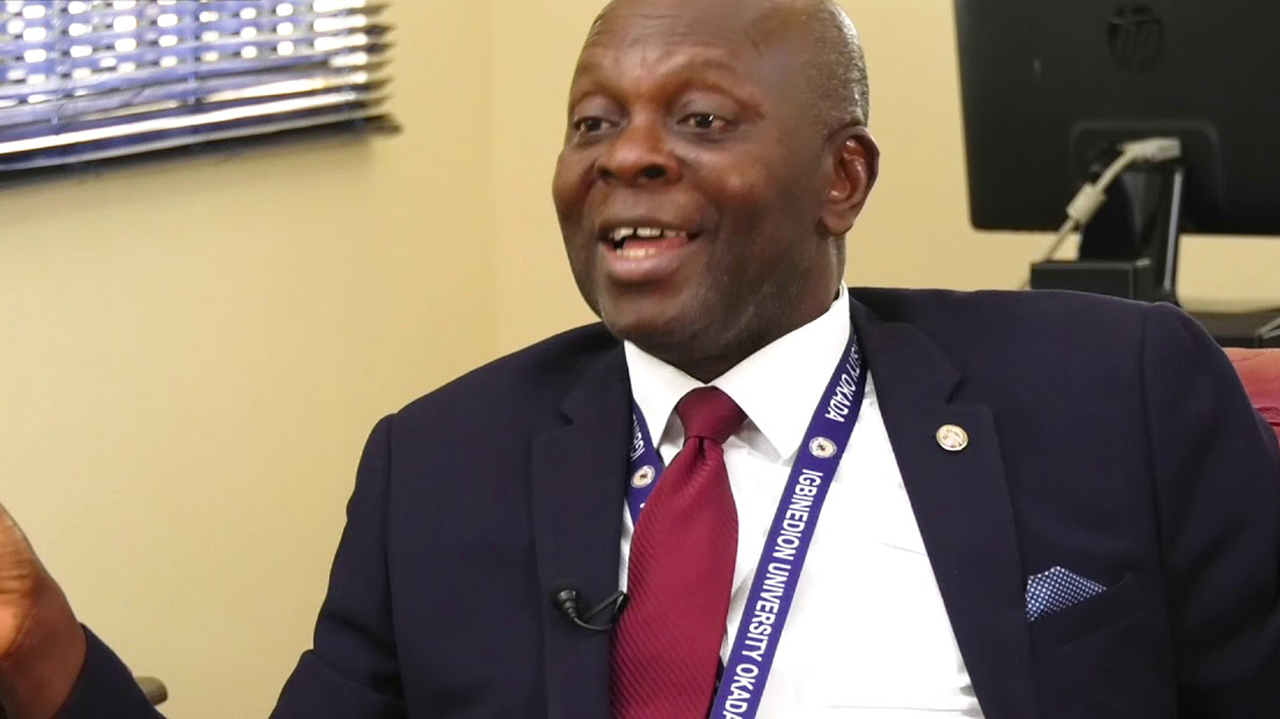 The Vice-Chancellor, Igbinedion University Okada (IUO), Prof. Lawrence Ezemonye, yesterday, described the institution’s partnership with United States (U.S), following the launch of the Benin City Window on America, as strategic collaboration aimed at bolstering cultural integration, and education amongst others.

Ezemonye disclosed this to newsmen during the institution’s official launch of the Benin City Window on America held in Benin City, Edo State.

He said the partnership was aimed at bolstering cultural integration, education, skill acquisition and youth empowerment for the benefit of the good of Edo state in particular and the general public at large.

“It is our desire to make the Benin City Window on America a centre of excellence where local audiences can connect with the U.S., access the rich resources supplied to the Corner from the U.S.Embassy, to benefit them directly and further impact their individual communities.

“We look forward to strengthening this partnership with the U.S. Mission in Nigeria as we work assiduously towards delivering on set targets,” Ezemonye said.

In his speech, Public Affairs Officer, U.S. Consulate, Lagos, Steven Ibelli, said the opening of the Benin City centre will pave way for scholarship and educational opportunities for Nigerians as well create an avenue for youth engagement, education and empowerment.

Meanwhile, the university has inaugurated the 6th Governing Council for the 22-year old institution, the premier private university in the country. Performing the official inauguration, Chief Gabriel Igbinedion, the chancellor of the university, charged the council to put all cards on the table for the advancement of the university’s corporate objectives.

Igbinedion urged the council to strive and move the university from excellence to eminence specifically as it has to do with its 2021-2025 strategic plan. The chancellor, who was represented by the Deputy Chancellor, Lucky Igbinedion, said the fact that the majority of members of the new council formed the fifth council speaks volume for their accomplishments.

“Let me place on record the sincere gratitude of the Board of Regents for the positive contributions you have made so far to the growth and development of Igbinedion University.

“I want to particularly welcome the new members on board and thank you for accepting to be part of the history in making.

“Without doubt, the 6th governing council comprises of the finest technocrats and professionals with varied talents, expertise and experience required to advance the mission and vision of this university.

“Needless to say that your choice was deliberate and I am confident that you will serve to the best of your ability and justify the trust reposed in you,” he said.

In his acceptance speech, Prof. Sheikh Abdullahi, the chairman of the council, said it was a great honour carrying on with the task.

Tesla to ‘recall’ over 285,000 cars in China due to faulty software