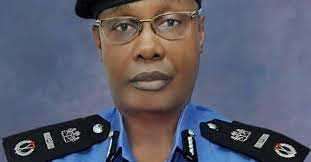 Following the incessant killings in Anambra State, the Inspector-General of Police, Usman Baba, Tuesday ordered immediate posting of a new Commissioner of Police to the state.

Force Frank Mba disclosed this in a statement Tuesday.

He said Echeng Eworo Echeng took over from Tony Olofu who had been redeployed to the Force Headquarters, Abuja.

Mba said the IGP also ordered deployment of a detachment of NPF Special Forces to Anambra State to bolster and complement the ongoing peace-building efforts of the Nigeria Police Operation Restore Peace in the State.

‘’The IGP, who is particularly concerned with the renewed incidents of attacks on innocent individuals and symbol of State Authority in the State, ordered the new Commissioner of Police to mobilize both kinetic and non-kinetic law enforcement and crime-fighting approaches to reverse the negative trend, reclaim public spaces from hoodlums and restore public peace in the State.

‘’CP Echeng, who until his recent posting, was the Commissioner of Police in-charge of Bayelsa State, holds a First Degree in History from the University of Maiduguri.

‘’The IGP has charged the new Police Chief to work with other Stakeholders and patriotic forces in Anambra State to restore law and order leveraging on his professional experience.

‘’The IGP also called on Ndi-Anambra to support and cooperate with the new Commissioner of Police in his task of protecting the lives and property of all.’’

Earlier on Tuesday, the House of Representatives had urged the National Security Adviser and the security agencies to deploy all necessary machinery to Anambra to end the spate of killings and attacks there.

It mandated its Committee on National security and Intelligence and Police Affairs to ensure that normalcy was restored in the state and report to the house within three weeks.

This followed the adoption of a motion by Chris Azugbogu (APC, Anambra) who said the killings were orchestrated by mischief makers bent on causing tension and panic in the state ahead of the November 6 governorship election in the state