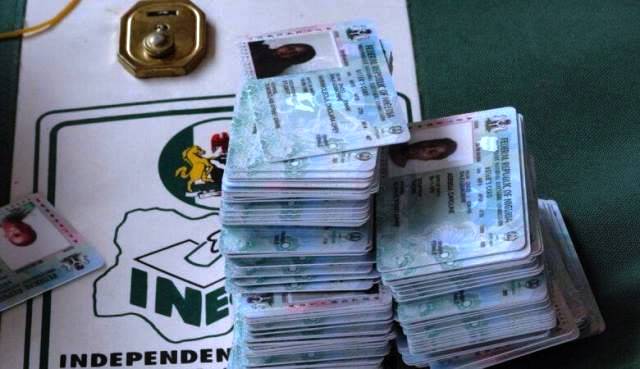 The Independent National Electoral Commission (INEC) has commenced the distribution of Permanent Voter Cards (PVCs) in the Federal Capital Territory (FCT) ahead of the Area Council elections scheduled for February 12.

He said they would be distributed to registered voters, who participated in the recently-suspended Continuous Voter Registration Exercise (CVR) in the territory.

He also said the distribution would cover those, who requested for transfers, replacement of lost or damaged PVCS and update of voters’ records.

Okoye said the distribution of the cards began on Monday and would end on February 4, urging registered voters yet to collect their cards to do so.

The national commissioner, however, recalled that 42, 986 Nigerians completed their registration in the FCT, adding that after diligent verification and cleaning up of data, using the Commission’s Automatic Biometric Identification System, 14,665 multiple registrants were weeded out, leaving 28,321 valid registrants.

He said that the Commission might not extend the time provided for the collection of PVCs.

Elections for the chairmanship positions will be contested by 55 candidates (52 males and three females) while the Vice-Chairmanship elections have 47 males and eight females sponsored by 14 political parties.

The 363 candidates contesting for the Councillorship positions consisted of 332 males and 31 females.

It was leant that 473 candidates and their running mates were vying for the 68 elective positions.