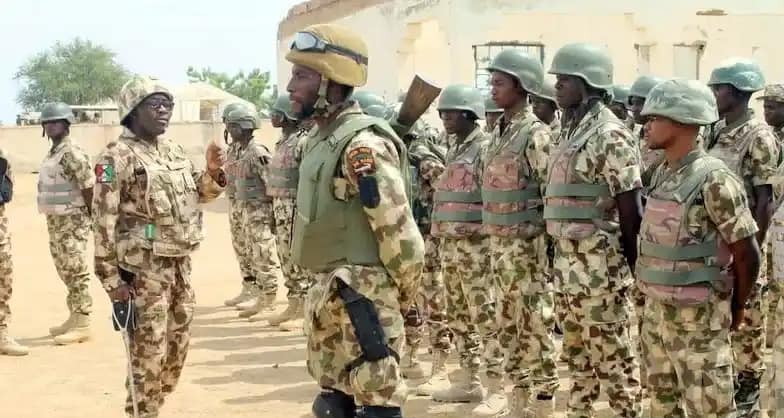 The Nigerian Army has revealed that it would recruit 18,000 soldiers next year as part of moves to tackle insecurity challenges across the country.

It said only 5,000 would be admitted at a time because of the capacity constraints and that the first batch would commence training in January 2021.

Commandant of the Nigerian Army Depot, Zaria, stated this when the Senate Committee on Army, led by Mohammed Ali Ndume visited the depot.

Represented by Colonel Ismail Oloyede, the commandant promised to adhere to the principles of Federal Character during the exercise.

“The army wants to recruit 18,000 soldiers next year. The facility here can only take about 5,000 per time. We are starting training next January. That is 2021. We will adhere to the principles of Federal Character as raised by members of the Committee. The issues raised by the Senate about balancing are duly noted. Every part of the country will be represented.”

Ndume admitted that the challenges facing the armed forces, including the Army were enormous, and that the security agencies were overstretched.

He said though the country was faced with financial challenges, the Senate would, however, make every attempt to give attention to issues affecting the army.

He urged the army to engage members of the National Assembly during the recruitment in order to ensure that every part of the country was carried along.

“The challenges are enormous and daunting. We have herdsmen attacks and other insecurity issues in every part of the country. We are in a budget period. Even though we are faced with financial challenges, we will make every attempt and give attention to the issues.