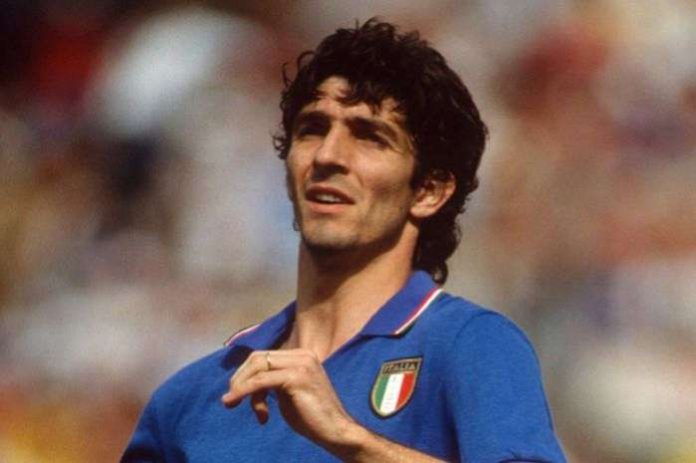 Paolo Rossi, a hero of Italian football who inspired the national side to victory in the 1982 World Cup, has died aged 64, Italian media reported on Thursday.

They paid tribute to ‘Pablito’, the star who was banned for his part in a betting scandal but returned to win the World Cup and the Ballon D’Or the same year.

Rossi’s wife Federica Cappelletti announced the death with a post on Instagram alongside a photo of the couple, accompanied by the comment “Forever,” followed by a heart.

“There will never be anyone like you, unique, special, after you the absolute nothing….,” Cappelletti also wrote on Facebook.

The news of his passing comes two weeks after the death of Argentina football legend Diego Maradona, winner of the 1986 World Cup.

Rossi was credited with inspiring Italy to their third World Cup triumph in Spain in 1982.

But Italy’s sporting icon almost missed out on the tournament.

He was caught up in a bribery scandal, and banned for three years in 1980, but after continually protesting his innocence was cleared to play.

A slight and sprightly winger who converted to centre-forward, Rossi had an uncanny ability to be in the right place at the right time.

He exploded onto the stage of the 1982 tournament with a hat-trick in the 3-2 defeat of Brazil.

In the semi-finals he scored both goals as Italy beat Poland 2-0, and he hit the opener in the 3-1 win over West Germany in the final.

Rossi finished top scorer in the tournament with six goals.

He was also a member of the Italy side that finished fourth in Argentina in 1978.

Along with Christian Vieri and Roberto Baggio, he holds the Italian record for nine goals scored in the World Cup.

He scored 20 goals in 48 appearances for Italy and was voted European Footballer of the Year in 1982.

Born in Prato in Tuscany, Rossi made his professional debut at Juventus in 1973, and also played for Vicenza, Perugia and AC Milan before finishing his career in 1987 in Verona.

After his career as a footballer, Rossi worked as a TV pundit.

He is survived by his wife and three children.

AFRICA MILITARY TO UNITE THROUGH SPORTS