HomeNEWSAFRICA MILITARY TO UNITE THROUGH SPORTS

AFRICA MILITARY TO UNITE THROUGH SPORTS 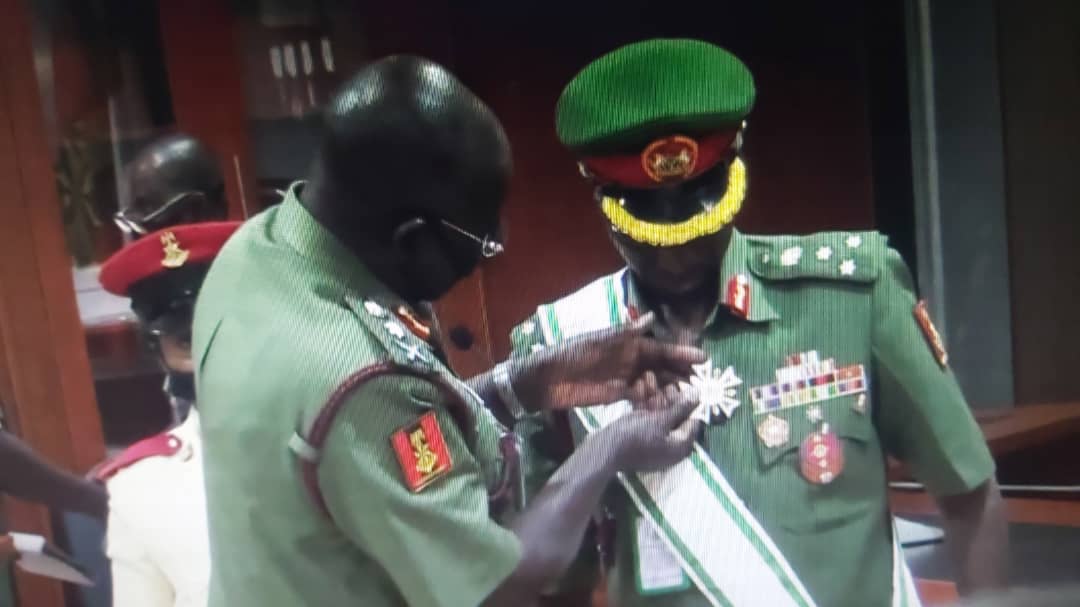 The new President, Organization of Military Sports in Africa (OSMA) Brigadier General Maikano Abdullahi has promised to unite all Armed forces through sports.
At his formal presentation to the Chief of Army Staff, Lieutenant General Tukur Buratai on Wednesday in Abuja, he appreciated the Army Chief for the opportunity to serve and confidence reposed in him.

The Chief of Army Staff, Lieutenant General Tukur Buratai in his address promised the OSMA President the necessary support.
He congratulated him for making the Nigerian Army and the nation proud, having contested and won the election for the president of OSMA against two other Generals from Algeria and Guinea Bissau.
The Chief of Army Staff charged him to bring back the glory of Africa Military sports while wishing him a successful tenure.

Brig. Gen. Maikano Abdullahi who also doubles as the Vice President International Military Sports Council has served in the OSMA board for many years.