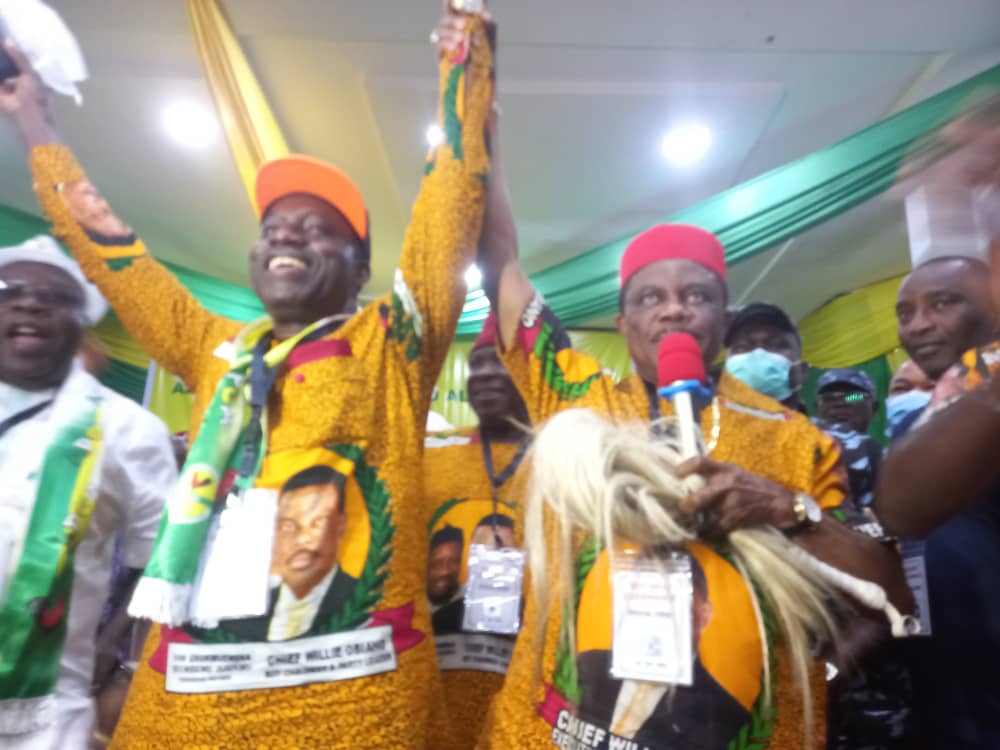 The Abuja division of the Court of Appeal on Thursday dismissed the appeal lodged by Chief Edozie Njoku against Slyvester Ezeokenwa bordering on the leadership tussle in the All Progressive Grand Alliance(APGA) for constituting an abuse of court process.

The three-member of the appellate court led by the President of the Court of Appeal, Justice Monica Dongban-Messen unanimously agreed that allowing the appeal would be tantamount to sitting on appeal on the judgment of the Kano division of the court.

Recalled that the Kano division of the Court of Appeal had set aside the judgment of the Jigawa Hgh Court on the leadership tussle in APGA, saying it has no territorial or substantive jurisdiction to hear the suit.

In setting aside the judgment of the Jigawa High Court, the Appeal Court said that all the proceedings at lower court was a nullity.

In addition, the court held that for denying APGA and Victor Oye fair hearing by hearing the suit behind their back, the judgment of Musa Ubale of Jigawa State High Court, was unconstitutional and a complete nullity.

The three-man Special Panel, led by Tsammani JCA, who noted that the suit at the trial Court was a leadership tussle in APGA, held that .by the clear provisions of Section 285(14)(a)-(c) of the 1999 Constitution (as amended); the suit is not a pre-election matter.

The Court of Appeal relied on the binding recent decisions of the Supreme Court delivered on March 5 2021 in IGO AGUMA v APC and APC v. DELE MOSES which arose from APC crisis in Rivers State, to firmly hold that the suit at the trial Court which led to the instant appeal, was never a pre-election matter as defined by the Constitution and upheld by the Supreme Court.

However, in a unanimous ruling, the court dismissed the appeal for constituting an abuse of court process.

Justice Jummai Sankeyl while delivering ruling on the appeal, held that the appeal constituted an abuse of court process, having been bound by the judgement of Kano Division delivered on August 10.

In addition, the court held that it lacked jurisdiction to entertain the suit, because doing so will amount to sitting on it’s own judgement.

The sum of Ten million naira was also awarded against the appellant, in favour of the Sylvester Ezeokenwa and All progressive grand.