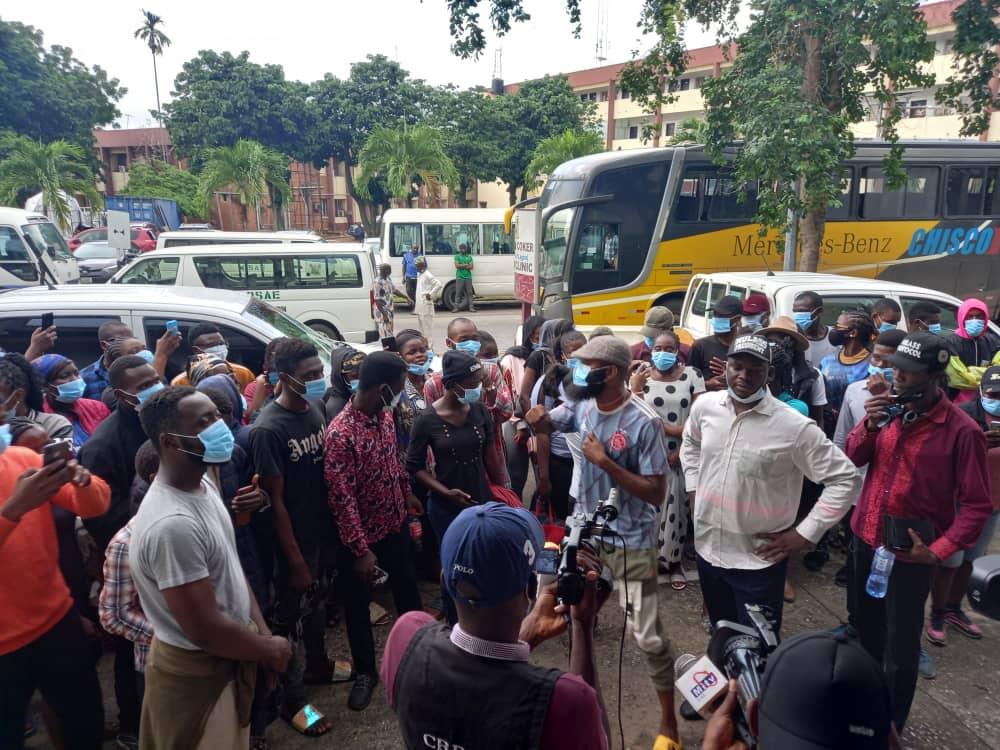 Lagos state government has evacuated indigenes of the state studying at the University of Jos, Plateau state.

According to a statement issued on Friday, the evacuation follows an order by governor Babajide Sanwo-Olu due to the insecurity issues in the state.

Speaking during a visit to the governor, the students expressed their appreciation towards the Lagos State Government on the rescue operation.

The students specially thanked Mr Governor, the Special Adviser to the Governor on Education, Mr Tokunbo Wahab, the SSA Tertiary Education, Youth and Student Relations, Mr Tayo Sanyaolu for their efforts in making this happen.