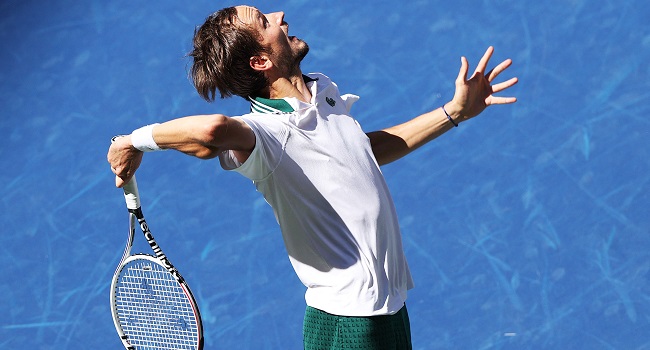 Daniil Medvedev advanced to his third straight US Open semi-final on Tuesday while Canadian 19-year-old Leylah Fernandez delivered another stunner to reach the last four of a Grand Slam for the first time.

“I just want to do a little bit better than the last two times and get this extra step, which is the toughest one, actually,” Medvedev said.

Medvedev moved one victory from a possible championship match against history-chasing Novak Djokovic.

The 25-year-old from Moscow was a 2019 US Open runner-up and lost this year’s Australian Open final to top-ranked Djokovic, who seeks his fourth US Open title to complete the first men’s singles calendar-year Grand Slam since Rod Laver in 1969.

“I don’t think about him, because as we saw, anybody can beat anybody,” Medvedev said. “If he’s in the final, and if I’m there, I’m happy. He’s also happy, I guess.”

“It’s an amazing milestone,” said Auger-Aliassime. “It’s a weird way to end but I’ll have a chance to play one of the best players in the world.

“I’m happy I’m through and I’ll try to win the next one.”

Medvedev won his only meeting with Auger-Aliassime in Canada in 2018.

Why I approved Griezmann exit from Barca – Koeman