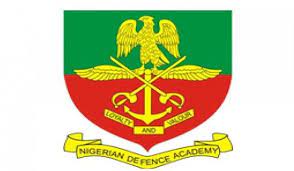 The Nigerian Defence Academy (NDA) has called on members of the public not to panic as it embarks on tactical drills and battle simulation drills in Kachia general area from 14 – 29 of January 2022.

This call was made in a statement on Friday by Major Bashir Muhammed Jajira, Academy Public Relations Officer.

He said the drill would involve battle simulation, live firing of small arms, amour and artillery weapons within the military exercise area near the Nigerian Army Base Camp in Kachia.

He said the drill was designed to test the cadet’s leadership skills, physical fitness, as well as command and control abilities, among other military competencies, adding that, the exercise is an important military training activity used in ascertaining the preparedness of Army cadets for commissioning as Officers into the Nigerian Armed Forces.

“Phases of the exercise that would take place in Plateau State include Map Reading Exercise at Heipang and Adventure Training at the Citizenship and Leadership Training Centre, Shere Hills, Jos, from 8 – 14 January 2022.” He said

He added that the final outdoor Field Training Exercise for Army Cadets of Short Service Course 47, nicknamed Exercise CAMP HIGHLAND, in Plateau and Kaduna States, is slated for 8 – 29 January 2022.

According to him, communities living around Heipang and Shere Hills, Jos in Plateau State would observe a mass movement of military personnel, vehicles and equipment in the general area from 8-15 January 2022.

“Residents in the general areas mentioned above are therefore advised not to panic but to go about their normal daily routine activities without fear.

“They are, however, advised to report any breach of security to the nearest authorities. ” He said

He said locals around Aninkwa, in neighbouring communities, are advised to stay away from the live firing area during the period of the exercise.

” On our part, all necessary safety measures and arrangements have been put in place to ensure safety in the exercise areas.

“We wish to appeal for cooperation from the local communities directly affected by the Exercise and Nigerians as a whole as we train future military leaders for our Armed Forces.” The statement said

Thirty-five witnesses testify over Maza-Kuka, Kulho, other killings in Niger