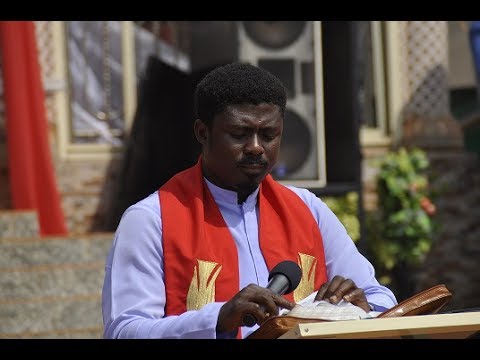 Spiritual Director, Holy Ghost Adoration Ministry, Uke, Anambra State,  Fr. Ebube Muonso, has described his 10 years of priestly ministry as one characterised by a blend of thorns, joy and grace.

The cleric in a homily during a Eucharistic celebration at the adoration ground, to celebrate his 10  years of priesthood, recollected his labour in the ministry since he was ordained in 2011, and praised God for the abundance of grace, which he said, saw him through.

“His grace has been there for me. He has not left his servant in any step in this ministry. Throughout these years, ever since I was ordained, the love of God, His mercy has been enormous.  I am not oblivious of the fact that in life, one is bound to face challenges. I have really encountered challenges,  but God has been there for me. Three times, there were assassination attempts to my life. In one of such attempts, bullets were raining on my body but I was absorbing them like ice block. Up till today, it is still a surprise to many. In another attempt, I was with my personal assistant and driver in my car when the assassins struck at St. Anthony’s Catholic Church, Umudioka. We came in late at night, and on arrival at the parish gate, assassins surrounded my car and opened fire but we all escaped unscratched. Many said I have charms. That was the first blackmail. Whenever I travelled abroad, some would say I’ve gone to India to illuminate my power. But all these challenges form the basis of my success stories.”

Muonso also recalled how God used his ministry to liberate people from poverty, bareness and sicknesses. He also recalled how, in 2016, during his trip to Guangzhou, China, God used him to heal a Chinese business mogul suffering from terminal cancer, whose date of death was already confirmed by medical experts.

Governor Willie Obiano, represented by his wife, Ebelechukwu, described Fr. Obimma as a “true man of God, who has left positive footprints in shepherding the flock as Catholic priest.”

The ceremony was also attended by governorship candidates in the state, including Obiora Okonkwo (ZLP); Godwin Maduka (Accord); Charles Soludo (APGA); Andy Uba (APC), and others.