HomeSportsNadal Pulls Out Of ATP Cup Tie With Stiff Back

Nadal Pulls Out Of ATP Cup Tie With Stiff Back 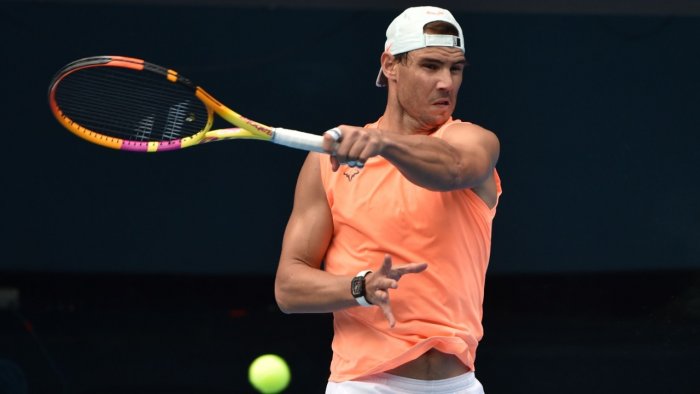 The 20-time Grand Slam champion was due to take the court against Australia’s top-ranked player Alex De Minaur, but opted to rest instead as he prepares for the Australian Open next week.

“Hi all, we have decided with Team Spain and my team, to not play today the first match of the ATP Cup here in Melbourne since I have a stiff low back,” he tweeted.

Nadal added that he hoped to have recovered by Thursday when Spain meet Greece.

Nadal, who is aiming for a record-breaking 21st Slam title in Melbourne, moving him past the injured Roger Federer, played an exhibition in Adelaide on Friday, beating Dominic Thiem 7-5, 6-4.

Orji Kalu In Court For Arraignment On Fraud Allegations