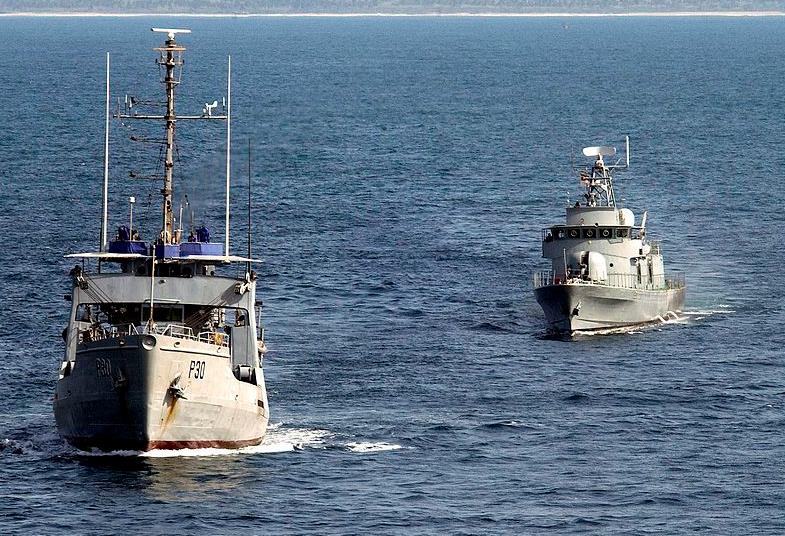 The Nigerian Navy has concluded its yearly Chief of the Naval Staff (CNS) sea inspection code-named ‘Still Waters,’ which saw 12 naval ships, two helicopters and a detachment of the service’s elite squad, Special Boat Service (SBS) deployed across the country’s maritime domains to flush out pirates, thieves and smugglers on the Gulf of Guinea corridor.

Briefing newsmen at the Western Naval Command, Apapa, Lagos, the Chief of the Naval Staff, Vice Admiral Ibok-Ete Ibass, adjudged the exercise as rewarding, noting that it had impacted positively on the operational efficiency of naval personnel.

Represented by the Chief of Naval Safety and Standard, Rear Admiral Kamalrudeen Lawal, Ibass said the training was a routine practice aimed at assessing the operational state and readiness of the NN fleet, with a focus on anti-piracy, anti-crude oil theft, and anti-smuggling operations, among others.

“The NN has made significant progress in the fight against all forms of criminalities in our maritime environment. The sustenance of the gains made so far is critical to our national security, given the dynamic nature of the threats in the maritime domain.”

Exercises carried out within the four-day sea inspection included anti-piracy operations, protection of oil and gas facilities, fleet manoeuvres, communication, vessel board search and seizure and search and rescue operations, among others.

He added that observations and lessons learnt during the exercise would be applied to boost the efficiency of the personnel.